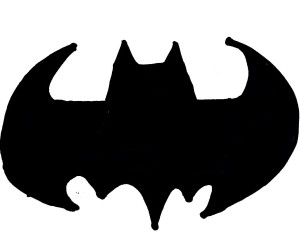 One scene into The Bat I felt an intense swell of confusion & disbelief as if I had just won the movie lottery. The film’s titular antagonist appeared in the black & white haze of degraded celluloid with the general look of the familiar, but in a completely foreign shape. It was like running into a dear friend’s close relative & mistaking them for your pal. Batman as we know him may not have made it to the cinema until his incarnation in 1940s serial shorts, but his misshapen ancestor The Bat appeared onscreen two decades earlier, predating even the first Batman comic. I’m not sure what I was expecting when I sat down to watch this silent era crime mystery, but it surely wasn’t the prototype of a movie franchise hero I grew up loving dearly.

There are some major differences between The Bat & The Batman that I should probably get out of the way early. The Batman flirts with criminality in his vigilantism, but The Bat is an outright criminal. In fact, his background as a jewel thief & a bank robber makes him much more akin to a masculine version of Catwoman in Batman’s clothing. Speaking of the clothing, the two characters’ costumes also deffer in a few significant ways. While The Batman is a smoothed out, leather-clad ideal of what a humanoid bat might look like, The Bat is much more realistic to his animal kingdom inspiration. He has goofy, gigantic ears like a horror show version of Mickey Mouse. He’s also much furrier, with a terrifyingly accurate mask the film smartly waits to reveal until the third act. He also carries around his weapons/tools in an old doctor’s bag instead of the utility belt rocked by the Caped Crusader.

Whatever. This is still a masked man in bat costume, complete with black cape & gloves, who runs around the rooftops of an Art Deco metropolis. He climbs the sides of buildings by rope like a far less campy Adam West. He casts a goddamn bat signal across an interior wall using a car’s headlamp. He spends mot of his runtime skulking around an old, city-side mansion that looks like gothic castle & contains secret rooms that house illegal acts. Why take my word for it, though? Comic book artist Bob Kane cites the film’s 1930s talkie remake The Bat Whispers (which shares a director with this version’s Roland West) as  a direct inspiration for the creation & design of Batman as a character. So, there you go. The Bat is in itself an adaptation of a Broadway stage play, so maybe Batman’s roots go back just a little further, but his existence in cinema undeniably starts here, an impressive forever ago.

As for The Bat‘s achievements outside its eventual massive influence on modern pop culture, the film works just fine as a tiny murder mystery & heist thriller. For the stretches where The Bat doesn’t appear onscreen, the film’s plot isn’t particularly flashy or experimental in any recognizable way. The only thing that stands out as a sore spot is the comic relief of a ditzy maid who continuously misguesses the identity of The Bat. “Maybe he’s The Bat!” “Maybe he’s The Bat!” “That Jap butler gives me the willies […] Maybe he’s The Bat!” I’m not sure I’m allowed to go any further into the details here, since ht film opens with the stern talking-to, “Can you keep a secret? Don’t reveal the identity of ‘The Bat’. Future audiences will fully enjoy this mystery play if left to find out for themselves.” Yes, I can keep a secret, especially since the film’s stage play mystery structure isn’t the most significant thing at work anyway.

The Bat is a must-see work of seminal art. It’s not some antiquated bore with an antagonist that was plucked from lowly ranks for a higher purpose. The film directly influenced the creation of Batman, but it also achieves its own, exquisite Art Deco horror aesthetic that recalls the immense wonders of the Hollywood classic The Black Cat, except with more of a creature feature lean. Its stunts are impressively dangerous-looking. Its actors are dwarfed by its beautifully immense sets. Shadows creeping up city walls & perfectly lit gunsmoke shooting down a stairwell make for some unforgettable imagery/cinematic history. It’s no wonder, really, that the film has been remade twice (the second was in 1959 with horror legend Vincent Price) or that its influence reached into comic books & beyond. It’s a gorgeous & violent work of early horror/crime cinema that caught me off-guard with its power & improtance as soon as the first scene.