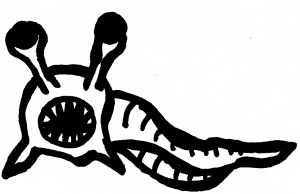 When watching the recent psychological/philosophical horror High-Rise, a movie that ranked very highly as one of my favorite films of 2016, I could only think of one viable comparison point for why it worked so well for me: Luis Buñuel’s surrealist classic The Exterminating Angel. The class system resentment & nonstop-party terror of The Exterminating Angel informs so much of what makes High-Rise a deeply unnerving picture, but something I had initially overlooked was how Cronenbergian the film was at the same time. The unspoken, unexplained psychology & philosophy that terrorizes audiences in High-Rise is very much reminiscent of the best of David Cronenberg, which is no surprise once you consider that Cronenberg is an avid fan of J.G. Ballard, who penned High-Rise‘s source material (as well as the source material for Cronenberg’s Crash). In fact, Cronenberg had made a film, his very first feature no less, that closely resembles High-Rise even more than The Exterminating Angel, especially in its narrative structure & visual palette, presumably because it was inspired by Ballard’s text.

Much like High-Rise, Cronenberg’s debut film Shivers is set entirely within a high-rise condo community where residents have very little reason to ever leave the convenience of their homes. An opening slideshow, narrated liked an advertisement, takes the audience on a guided tour of the high-rise, making a big deal out of its convenience commodities like swimming pools, medical facilities, and recreational sports courts. Unlike with High-Rise, however, the catalyst for this self-contained society devolving into an orgy of uninhibited bloodlust is never left ambiguous or open for interpretation. This particular community is torn apart when a mad scientist perverts an experiment meant to supplant traditional organ transplants with a bio-engineered parasite that can be made to assume an organ’s functions by making that parasite a kind of aphrodisiac & a stimulant. This experiment gets out of control when the mad scientist’s teenage mistress spreads the parasite through copious amounts of promiscuous sex and the entire building devolves into zombie-like behavior, except with a lust for sex instead of brains.

The sexual nature of the violence in Shivers, as fascinating as it is in relation to venereal disease paranoia, means the film is far from a “fun” watch. Also, the budget of a first time filmmaker means Cronenberg couldn’t push the mayhem anywhere close to the scale of High-Rise‘s dissent into widespread madness. I can only recommend Shivers to those interested in the humble beginnings of Cronenberg & the influences of one of last year’s more unnerving (and incredibly divisive) horror films. It’s most interesting as a telegraphed version of better work that was to follow. That’s not to say there’s no value to that kind of entertainment, though, and Shivers worked best when it deepened my appreciation for movies that I already loved.