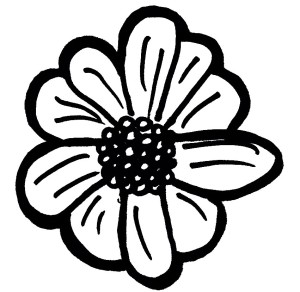 The 1972 Bruce Dern sci-fi epic Silent Running offers an interesting moral litmus test for its viewers. Depending on how you see the film it can either play like an environmentalist screed against the evils of modern Capitalism (think Ferngully set in space) or a chilling tale of crazy-eyed hippie who gets so entrenched in his ideology that he’ll murder any humans necessary to save a few trees. Either way, it’s a strange little film loaded with the kind of production detail that sci-fi cinema nerds crave in their media, the kind that only improves as it becomes more outdated. Directed by a special effects supervisor who worked on Kubrick’s 2001: A Space Odyssey, Silent Running‘s intricate space ship models & star-filled backdrops are exceptional for a modest pre-Star Wars production. It avoids the swashbuckling-in-space thrills of George Lucas’s future game-changing franchise, however, so that it can focus on its murderous hippie philosophical dilemmas. Once Dern’s long-haired, bleeding heart astronaut murders his entire crew to Save the Forest in the film’s first act, Silent Running proves to be something of a hangout movie, just a calm drift in a vacuum enjoyed by a lonely environmentalist soul, his forest full of wild animal pets, and a few stray robot “drones.” Pesky humanity taken out of the equation, the film finds a sense of peace. The question is where you’ll land on how that peace is achieved.

The film opens on close-ups of delicate animals in a natural habitat: frogs, turtles, snails, hawks, Bruce Dern. This Garden of Eden is soon revealed to be an artificial biodome (for lack of a better term) on a near-nude American Airlines space freighter in outer space. The status quo on this spaceship & the post-apocalyptic Earth they left behind is that Nature was a fixture of the past, not something worth worrying about now that everything worthwhile can be automated & manufactured. As Dern’s resentful hippie tends his space garden, the universe’s last hope for genuine plant life, his shithead co-workers casually cause havoc, running space age go-carts over his flower beds & maliciously smashing his self-grown cantelopes as a means of joshing him. He’s already a bit unhinged at this point, prone to ranting maniacally about how his fellow astronauts are poisoning their bodies with synthesized foods & how a world without Nature is a world without beauty. It’s when the crew’s ordered to abandon their project, nuke the biodomes, and return home that our hero/villain snaps and murders his entire crew. He feels occasional remorse for his actions once the cabin fever/space madness sets in, but mostly he just chills with his dinky robot pals in his pristine space garden and enjoys a peaceful life without his fellow man mucking up his ethereal hippie paradise. The only crisis that arises is when a “rescue mission” arrives to pluck him from isolation in the abandoned freighter and he must choose whether to rejoin humanity to pay for his crimes or to nuke himself into oblivion along with anyone who dares threaten his beloved plant life.

Whether or not you’re interested in the crazed hippie moral dilemma at the center of Silent Running, the film is interesting enough in its production details alone to deserve a look. Besides the obvious care that went into constructing the space freighter models which float by in endless lingering shots of outer space majesty, the dinky drone bots Dern’s savior/killer hangs out with are a strange practical effects novelty. Operated by bilateral amputees walking on their hands in seemingly heavy robot shells, they’re cute little pre-R2D2 buggers with plenty of unwarranted AI personality useful for keeping their crazed killer master some company. They’re also notably the only actors in the film who aren’t all white men, not that you ever get to see them onscreen. I should also mention that, in true hippie fashion, Silent Running features original songs by Joan Baez, who serenades the audience with poetic lines like, “Tell them it’s not to late, cultivate one by one. Tell them to harvest in the Sun” along with some proto-Jill Stein raps about the feeling of earth between your toes. I think there’s some distinct camp value to the way the film succinctly simplifies the cause to Save the Forest by making the forest a small, manageable space that can be saved by murdering a few careless capitalists. Whether you’re a no-bridge-is-too-far hippie activist, someone who’s terrified to death of those activists, or just a sci-fi nerd who enjoy looking at toy spaceships & hand-built robots, Silent Running has plenty to offer in terms of pure entertainment. Whether you see it as a horror film or an inspiring message of hope relies entirely on you.