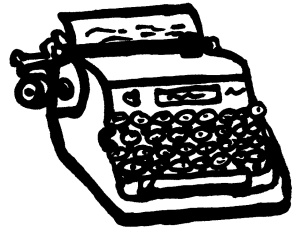 I’ve been singing the praises of the directorial debut of art world “it girl” Tara Subkoff, #horror, for at least a year now, but the film seems to have, um, limited appeal. A tongue-in-cheek art horror with a cartoonish hook in its premise (social media is killing our children!), #horror premiered at MoMA in NYC before being quietly dumped onto VOD platforms (including Netflix, eventually) to a tepid-at-best critical response. This is not the first time the directorial debut of an art world darling has been treated this way. In the mid 90s, visual artist Cindy Sherman joined in the then-blossoming indie film industry with her own cartoonish art horror. Like with Subkoff’s debut, Sherman’s Office Killer was trashed by critics, tanked financially, and was eyerolled quietly into home video oblivion. Sherman made a fun, visually gorgeous, sardonically humorous genre film that should have launched a whole new phase of her career, but instead was shrugged off & swept away.

One of the more infamous Cindy Sherman photography series (in my mind, anyway) was her early 80s collection of “fashion” photographs, which depicted women (often herself) wearing clothing that supposedly made them powerful, looking miserable, squirming under the microscope of the camera lens. The picture numbered #122 in this series finds Sherman disheveled, wearing one of those monstrous shoulder pad power suits, and grimacing under the harsh florescent light of what appears to be an office. This one image almost seems to be the roadmap for where her film Office Killer would go over a decade later. The harsh lighting, the visible discomfort, and the disruption of disorder eeking out from within the rigid business world containment of the clothing feel like the stirrings of what Office Killer would eventually come to be. The only pronounced difference is that Sherman would bring in a sense of absurdist humor from her other works into the project. 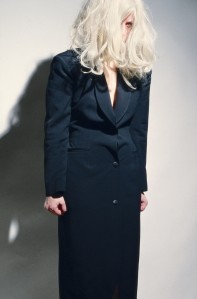 Although Office Killer has Cindy Sherman’s eye crawling over every inch of the film, the real highlight is Carol Kane’s lead performance. Starting off as the exact uncomfortable-in-her-designated-role archetype depicted in the above referenced Sherman series, Kane’s titular killer is a mousy homebody who cannot suffer the intense scrutiny of being a young woman in the modern workplace. Her murder spree begins by accident, but then develops into a conscious, cold-blooded effort to make herself comfortable in a more domestic work environment. Carol Kane is usually relegated​ to minor supporting roles in her career, like her violent fairy in Scrooged or her crazed landlord in Unbreakable Kimmy Schmidt, but in Office Killer she’s allowed to command the screen whole-heartedly. What’s even better is that she’s given a chance to do so in a quietly campy, increasingly violent lead role that recalls Kathleen Turner’s performance in the John Waters classic Serial Mom, a comparison I evoke only as the highest of compliments.

Serving as a lowly, nobody office girl at a magazine publication, Kane’s anti-hero protagonist is an awkward ball of nervous energy. With a uniform of tightly-bunned hair, ratty sweaters, wire-framed glasses, and drawn-on eyebrows, she’s a sore thumb in the workplace, where more traditional Modern Women (including Molly Ringwald) poke fun at her discomfort & reclusiveness. The pressure of caring for her invalid mother (Alice Drummond of Ghostbusters fame) at home and fighting off the unwanted sexual advances of men at work tear her mind in half and she snaps. After accidentally killing a coworker after-hours, she takes the body home to her basement and finds them much easier to deal with that now that they’re lifelessly compliant with being manipulated and she’s in command. That’s when the killings become an intense obsession. She converts her basement into a “home office,” forgiving errands from her not at all alive victims to stave off search parties (in the same very early in the game Internet Age paranoia) and setting them up like mannequins at computers & typewriters. This is all in service of directly evoking a long simmering punchline about how she’s now able to “work from home.” It’s a deranged premise, but it’s all in good fun.

It took me a little while to get on the same wavelength as Office Killer. It’s the kind of film that improves exponentially each scene until it concludes at its most ridiculous point, so it makes sense to me that a contemporary audience in the 90s would turn on it early and never be able to land back on the same page as the film. Sherman has explained in interviews that the initial plan was for the film’s kills to be much bloodier & more gore-focused, but she scaled the violence back to focus on how Kane’s protagonist disposed (or doesn’t dispose) of the bodies instead of the actual acts of violence. I think this was ultimately the right decision, since it allows the film’s campy, Serial Mom vibe to play out much more brightly. The initial kills, which include electrocution, strangulations, and deaths by asthma inhaler, may not be bloody, but the softness of their initial impact makes way for a much more shocking, grotesque reveal once you get to see the full, gory scope of the killer’s self-made “home office” (which recalls John Landis’s “Family” episode of Masters of Horror). The dead bodies held together by scotch tape & Windex, including children, gives Office Killer the violent edge horror audiences may have been looking for throughout its runtime. Sherman chooses to save that mayhem for a morbid punchline that allows Carol Kane to shine in full Norman Bates glory before it hits. It may have been a decision that turned off audiences at the time, but plays in retrospect like an act of genius.

Cindy Sherman delivers exactly what I want from my genre films here, the exact formula that won me over in Tara Subkoff’s #horror. She mixes lowbrow camp with highbrow art production in an earnest, gleeful work that values both ends of that divide. As faintly silly as Carol Kane’s performance can be as a deranged killer, Sherman colors her background with a genuinely horrific history of sexual assault, where she constantly has to hear praise for her abuser in a work environment. She employs infamous provocateur Todd Haynes to provide “additional dialogue” to make sure that discomfort seeps in. The sickly, flickering florescent lights of her film’s office setting afford it a horror aesthetic long before the kills begin, especially when she focuses on the harsh, moving light of a copier running in the dark. Even the opening credits, which glides as projections across still, office environment objects, have an artfulness to them missing from a lot of tongue-in-cheek horror. Maybe some audiences don’t know what to do with that tonal clash and assumed Sherman similarly didn’t know what she was doing when she created it. Maybe it’s that exact attitude that also sank #horror before it really had a chance. All I can say for sure is that Office Killer deserved a much better response than the one it got and it’s criminal that Sherman hasn’t had a chance to make a follow-up to her near-perfect debut.