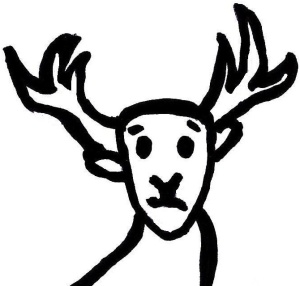 The first ten minutes of Don’t Kill It promise a wonderfully executed modern B-picture: a return to form from former action star Dolph Lundgren and a pointedly satirical takedown of modern Southern Conservativism by way of gory supernatural violence. Unfortunately, that film never arrives. Director Mike Mendez, who was also responsible for the moderately entertaining but gloriously titled Big Ass Spider!, seems to be far too comfortable with settling into an easy groove of direct-to-VOD schlock.  Don’t Kill It distinguishes itself from made-for-SyFy dreck only through the R-rating freedom of its gore, tits, and cusses. Mendez directs Lundgren as a world-weary demon hunter who has to save a small Mississippi town from a demon that hops from body to body as its human hosts are destroyed (hence the title). Along the way, he stumbles into what’s very nearly a brilliant social satire on a Get Out-level of gleeful transgression, seemingly entirely on accident. That’s why it’s a huge letdown, then, that any and all satirical elements fade into distant memories and the movie plays like It Follows by way of Walker Texas Ranger (yet not nearly as fun as that combination sounds).

Don’t Kill It opens with its best ideas on its sleeve. A camo-wearing white man hunts deer in the Mississippi woods where he’s possessed by a mysterious demonic force. With pitch black eyes and a hellish scream he returns from his hunting trip to murder his entire family with a shotgun. When he’s eventually taken down the demon that possesses him jumps to the body of another white man, who in turn kills a black family that lives nearby. Mendez establishes a modern nightmare in this way, one where Southern Conservative White Men are literal demons who must be stopped at all costs. The man tasked with stopping them, the hilariously named Jebediah Woodley (Lundgren) is introduced pounding liquor in a dive bar where a nearby bro won’t take “No.” for an answer from a young woman. Woodley kicks the jerk’s ass, teaches him the meaning of the word “consent,” and then follows the girl home himself for a sexual rendezvous. She rides him like a mechanical bull in a Refn-like, neon-lit bedroom until he hallucinates that their encounter was a demonic, evil exchange and the whole ordeal devolves into a nightmare. It’s quite an opening.

The movie immediately tanks from there. A grotesquely macho punchline about sex work cheapens the “consent” exchange from the previous sequence. Woodley then gets wrapped up in convincing an FBI investigator that demons have been behind the recent string of small town murders and, because she’s a woman in a for-the-boys action horror, eventually seduces her with his old man masculinity (between commands to shut up and wait in the car). Similarly, the film itself gets wrapped up in its own mythology and largely forgets what initially made it interesting. The rules of the demon’s body-hopping antics as well as unnecessary details about angels & alternate dimensions dilute the initial impact of the film’s political satire. The idea of scary white men snapping and going on killing sprees is somewhat echoed in later sequences, like when a Tea Party-type town hall meeting devolves into a chaotic bloodbath or when a man is impaled on taxidermy deer antlers. The movie just never calcifies or weaponizes that mode of satire in any significant way. It seems much more concerned with making Dolph Lundgren: Demon Hunter appear to be a late-in-life badass. I know the actor has his dedicated fans, but his persona is never big enough here to justify that loss of interest in the initial conceit. It’s a letdown.

If you’re only looking to Don’t Kill It for a light mood and moments of over the top violence, it delivers in a lot of ways VOD cheapies tend not to. Bodies are slashed, shot, exploded, and boiled as the It Follows-style demon hops from host to host. The problem is that the stretches between those bursts of violence are painfully dull when they really don’t have to be. Don’t Kill It sets itself up with a brilliant central metaphor and sense of purpose in its first few scenes, only to immediately drop them to make room for more Dolph Lundgren hero worship and unnecessary world-building. It’s an okay, goofy-enough film that feels like it was one or two rewrites away from being something truly great.