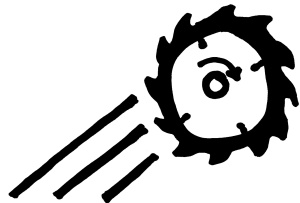 I never had much interest in the Saw franchise or the general torture porn subgenre it helped pioneer, even though I should have been in its exact demographic during its nu-metal heyday. The only early installment I can remember seeing is Saw 2, a mind-numbing theatrical experience due both to its for-its-own-sake gore & its entirely unjustified last second plot twist. Still, I had hope that the most recent sequel, simply titled Jigsaw, might be able to reshape the franchise into something fresh & newly interesting. Produced over a decade after its most recent predecessor & directed by the Spierig sibling duo behind the weirdo genre entries Predestination & Daybreakers, Jigsaw stood a good chance of finding a new, exciting angle on a previously unpleasant, aggressively empty franchise. Instead, it merely repeated the pattern laid out by previous Saw films: shock value torture scenarios striving to top themselves in violence & absurdity without narrative purpose, followed by a last second twist meant to fool you into thinking the previous 90min were less vapid than they first appeared to be. Jigsaw is, oddly, more of the same from a franchise that’s been laying dormant since 2006. It’s not an especially pleasant or exciting experience thanks to that trajectory, but it does offer insight into how the horror landscape has evolved (for the better) over the last eleven years.

Plot is probably an entirely irrelevant component at this point in the Saw series, except to say that Jigsaw is at it again! After being thought dead for a decade, the Rube Goldberg-inspired serial killer is apparently up to his old games, trapping seemingly ordinary, unrelated people in unnecessarily complex death traps as punishment for their moral shortcomings. In order to escape death by boobytraps, Jigsaw’s victims must mutilate themselves & confess to the world the many ways they’ve failed as human beings. Most of these scenarios are tied to guilt over selfishness & self-preservation, but none register as anything more than excuses for gore & screaming, incoherent mayhem. Meanwhile, a parallel police investigation tries to make sense of the newly surfaced “game” & its subsequent, torn-apart dead bodies. Will they discover the apparently resurrected Jigsaw (or his astute copycat) before all of the players in the latest game are killed? Will a last second twist completely undermine whether the game or Jigsaw’s current state ever really mattered? Even if you can stay awake long enough to find out, it’s doubtful you’ll leave the experience sated, unless all you really turned up for was a few stray moments of cruelty & gore.

Truly, the only reason to seek out Jigsaw is to admire how much better the horror landscape is now than it was a decade ago. The depth & range of horror titles being produced by boutique labels like Blumhouse & A24 in the modern era is an embarrassment of riches. Jigsaw returns us to a time when Lionsgate had the run of the place, torture porn was the rule of the land, and every horror movie was required to look like it was filmed in Rob Zombie’s dorm room. What’s even more interesting, though, is the way the Saw franchise’s influence has been dispersed through pop culture at large. Much like how runway fashion innovation eventually trickles down to Wal-Mart bargain racks, Saw is now a part of everyday, pedestrian #content. Jigsaw‘s morgue examinations of destroyed bodies are barely more gruesome than anything you’d see on CSI-type police procedurals. Its backstory flashback structure that adds puddle-shallow context one victim at a time to its archetype game-players recalls the storytelling format of Orange is the New Black. Even the “games” themselves have become wholesome weekend entertainment for the whole family, thanks to Escape Rooms & the like. Saw & its grimy torture porn ilk are not only creatively anemic in comparison to indie horror in the 2010s; their blades have also been dulled & diluted by pop culture at large to the point of being completely harmless.

If the Spierig brothers add anything new to the Saw franchise, it’s in Jigsaw‘s last minute shift from serial killer horror to superhero origin story. Even that territory has been thoroughly covered before in the long-deceased television series Dexter, though. It also occurs too late into the story to forgive the well-behaved franchise carbon copy that eats up the majority of the runtime anyway. The only value this film holds, then, is a reminder of how wonderful it is that this kind of bland, pointless cruelty is no longer the norm in horror circles. Jigsaw is enlightening & worth examination if you look at it as a point of contrast for how much the horror landscape has changed since the last entry in the franchise, but I doubt I’ll accept any future invitations to “play a game” all the same.