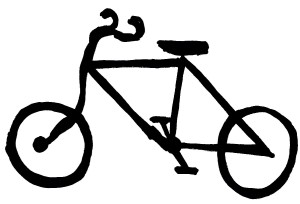 One thing that hasn’t yet been fully addressed in our current crop of kids-on-bikes throwback thrillers like Stranger Things & IT is that teenagers themselves are grotesque monsters. While most Amblin-inspired nostalgia horrors are content to pit flawed, but lovable scamps against supernatural monsters, Super Dark Times instead makes the more difficult choice of presenting the teens themselves, especially teen boys, as the inhuman creatures worthy of fear. The teenagers of Super Dark Times are gross idiots whose masculine aggression & feverish libido are disturbingly typical for their hormone-addled age range . . . until they result in a very atypical body count. There’s, of course, plenty room in this world for more idyllic depictions of teenage suburbia in crisis, where everything is well-meaning & wholesome except supernatural foreign invaders. Super Dark Times messes with that formula in an interesting way, however, by being more critically honest about the evils lurking in the real life kids who bike around those neighborhoods.

Two lifelong friends fill their days with standard teen boy grotesqueries: scrambled satellite signal porn, ogling girls in their high school year book, stale weed, junk food, performative cussing, etc. There’s a detectable face/heel dynamic in their relationship, where one of the kids is frequently invited to parties & is more socially fluent, while the other is more of a bitter shut-in. Mostly, though, they’re inseparable in their suburbanite exploits, which is how they wind up sharing guilt over the accidental death of a classmate, with a little help from a dangerously sharp sword & some old-fashioned masculine aggression. Most of Super Dark Times is wrapped up in the fallout of this life-destroying tragedy, following the more agreeable of the two boys as he feebly attempts to keep their involvement in his classmate’s disappearance quiet. He’s absolutely terrible at acting normal & covering his tracks, barely containing his mounting paranoia & crippling guilt as he also has to navigate school work, home life, reciprocated advances from a romantic crush, and increasingly intense stress dreams that jumble all of these anxieties into an incoherent cerebral torture. Then things get even worse.

Because of its genre and 1990s setting, it’s near impossible to avoid comparing Super Dark Times to more hot ticket kids-on-bikes throwbacks like IT & Stranger Things, even though its sentiments are likely more in line with small budget indie outliers like Gabriel & I Am Not a Serial Killer. You can definitely find Only 90s Kids Will Understand™ details in the setting if you know where to look for them: Walkman players, bagel bites, Bill Clinton, True Lies, PM Dawn, the aforementioned scrambled porn. The closest the film ever gets to cutesy nostalgia, though, is in depicting a high school kid having a deadly serious conversation on a tennis shoe phone. Its sense of dread is much more lyrical than merely evoking a half-remembered era through pop culture touchstones. The menace of the wilderness, the memories of longingly staring at girls in class, and the anxious nightmares of jumbled-up sex, blood, and divine swords make the film feel both dangerous & subliminally disturbing. Better yet, it even has a point of view in its depictions of the grotesque, unchecked evils lurking in teen boy masculinity that’s much more meaningful than any pop culture throwback or supernatural monster could’ve been in its place. Super Dark Times might not be the most fun kids-on-bikes thriller released in 2017, but it’s impressively honest & lyrically brutal in a way more films in the genre could stand to be.