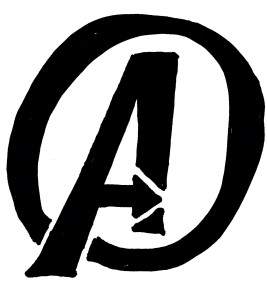 It’s hard to be anything other than cynical these days. Coming of age during the Bush Administration (how quaint our worries from those days seem now), then passing into the not-free-from-issues-but-generally-pretty-good halcyon days under Obama only to emerge into the rhetorical hellscape that is the current state of American affairs has left me in suspension between various states: hollowed out, terrified, and using humor as a form of non-violent resistance to oppression (check out Majken Jul Sorensen’s essay about the topic here, if you so desire). I find it pretty hard to garner much enthusiasm for anything of late; I’m certainly happier in my current city and living situation on a day-to-day basis than I’ve been for much of my life, but like Lisa Simpson in “Homer’s Triple Bypass,” I feel like all of the static and my own age have left me incapable of feeling either highs or lows. It’s unusual for me to be able to get myself hyped about anything, even something that I’m looking forward to, like the recent premiere of the second season of Westworld, or my own upcoming birthday. But I was excited about Avengers: Infinity War, especially with it coming so close on the heels of Black Panther, which was amazing. And after 18 films and ten years of lead-up, how could I not be? Maybe I was setting myself up for a disappointment right from the start.

Picking up almost immediately after the end of Thor: Ragnarok, Infinity War opens with Thanos and his hideous CGI minions aboard the Asgardian refugee ship. From there, we check in on each of the characters that we’ve come to know over the course of the past decade: the crew of the Milano are out and about doing good, bad, and a little bit of both; Dr. Strange is being a snarky snarkman; Tony Stark and Pepper Potts contemplate their upcoming nuptials and perhaps starting a family; Rhodey is holding down the fort at Avengers HQ while Vision and Scarlet Witch sneak away for a secret tryst, Montague/Capulet style; Cap, Falcon, and Black Widow are still fugitives from the law per their rejection of the Sikovian Accords; Bucky gets a new arm from T’Challa and Shuri; Peter Parker is on a field trip to MoMA. And then all hell breaks loose as Thanos’s various heralds show up to retrieve those blasted Infinity Stones.

I’m not going to spoil anything for you here, so that may mean this review is shorter than you’ve come to expect from the needlessly verbose windbag that I am. I’ll save all of that for the Agents of S.W.A.M.P.F.L.I.X. discussion (I can hear poor Brandon‘s wrist bones creaking already, despite the next zine transcription being some time from now; sorry, buddy). There’s only so much you can discuss when you’re trying to avoid sharing any details, but I’ll try. I will say that a lot of people die in this movie. Like, so many more than you’re expecting. That number that you’re thinking of? Double it, then double it again. You think your favorite character is safe? Think again, buddy.

Not that this is a bad thing, necessarily. It’s no secret that I’m a big fan of these flicks and am a staunch defender of even those that some consider their missteps (I’ve long held that Iron Man 3 is the best of the three), although I’ve also been quick to criticize their racial or regressive issues (suffice it to say that I’m not a fan of Doctor Strange), but there are other legitimate problems that crop up over and over again. Eighteen of these films preceded Infinity War, and they almost all follow a similar formula. In 2/3rds of these, in fact, the conflict is all but identical: in Iron Man 1, 2, and 3, The Incredible Hulk, Thor and Thor: Ragnarok, Captain America, Doctor Strange, Ant-Man, Black Panther, Winter Soldier (to a certain extent), Spider-Man: Homecoming, and even Age of Ultron if you think of Ultron as a dark mirror of Tony all follow the same basic plot of “protagonist meets a dark reflection of himself and defeats him (or her, but only once).” The original Avengers and both Guardians films are more about opposition to an external invading force, with the inclusion of personal stakes, sure, but with a different kind of immediacy and intimacy as the whole “Obadiah/Winter Soldier/Yellowjacket/Mandarin/Vulture/whatever is me without a moral compass” element. I honestly can’t remember at all what The Dark World was about.

Obviously, that doesn’t mean that these movies are always formulaic or generic, as the uninformed armchair critic likes to claim: Winter Soldier is a seventies-style conspiracy thriller, Ant-Man is a heist flick, Homecoming is a John Hughes-style high school comedy, etc. A more legitimate criticism is that these films are usually lacking in stakes, as character death is often a misdirect (Loki’s multiple “deaths,” the fakeout death of Nick Fury in Winter Soldier) or otherwise undone (Bucky was revealed to have survived his apparent death in The First Avenger, Agent Coulson’s death in Avengers was undone in Agents of SHIELD); the only permanent deaths leading up to this film among protagonists has been the death of Quicksilver in Age of Ultron and the elderly Peggy’s death in Civil War. Infinity War seems to be attempting to course-correct, with the deaths of a lot of people, but only some seem more or less permanent, while others are so obviously temporary that it makes the whole thing seem . . . pointless.

The fact that this is a dark movie isn’t a problem, per se. There’s just something that feels . . . off. There’s been a sharp uptick in the outright comedy in this franchise ever since Guardians showed that the audience was hungry for that kind of mix of humor and action, and that’s been for the best overall, with Ragnarok and Homecoming both being very funny. But a lot of the jokes in this film don’t seem to land as well as in those films. I saw Infinity War late on Sunday night, so it wasn’t a packed theater, but even when there were obvious punchlines that would normally elicit at least a chuckle or two from the general audience, there was dead silence. Which isn’t to say that all the jokes missed; a lot of them were actually pretty strong. There’s also a lot more Doctor Strange in the film than one would expect, but that wasn’t a detraction for me either. All the hallmarks are here: the great interaction between characters that we’ve come to know so well over the past ten years, the action sequences to make every viewer’s inner child jump for joy, and the grouping of characters who have never interacted before coming together in a brand new calculus of characters playing against each other.

It’s hard to narrow down what exactly doesn’t work for me here, but there are a few things that I can point to as being problems. Thanos’s cronies are no fun, and every single one of them looks terrible. Only one of them is named onscreen (Ebony Maw), and perhaps not coincidentally, he’s the only one with any kind of real personality in his brief appearances. Two of the three others are on par with Justice League‘s Steppenwolf when it comes to character modeling, as they appear to have been rendered using some truly outdated technology (like, maybe two generations newer than what was used for Babylon 5), and the third, an ax-throwing hulk of a man, is so needlessly baroque that he resembles a Transformer. None of them have even the smidgen of personality afforded to even the most shallow Marvel villains we’ve seen so far, so although there are stakes on a large, intergalactic scale, it feels like our protagonists are fighting cardboard cutouts.

I can only guess that this issue is the result of editing the film down from a longer narrative, as this would explain quite a bit. For instance, when last we saw the purple stone, Starlord et al had left it in the care of the Nova Corps on Xandar; at the beginning of this film, Thanos already has it in his possession. Structurally speaking, it feels like too much of this film happens offscreen or in between cuts. The pacing of the movie works perfectly, however, so I must conclude that there was a choice between a movie that had good narrative flow and one in which all the relevant scenes were present, and the choice was made to jettison chunks of the story in order to maintain a better flow. That’s probably the right choice, but it still left me feeling unfulfilled when I left the theater. That’s not even getting into the complete irrationality of Thanos’s entire plan (killing half the universe “at random” to ensure that the other half has enough resources, which is some Malthusian nonsense on top of being illogical), or the fact that some characters get a “moment” but are still ill-served by having very little to do (Cap, Black Widow, and Falcon are notably absent for long periods and do little more than punch and shoot when they are on screen, despite being, you know, the Avengers).

I’m sure that future re-watches (especially at home, on a screen that’s smaller and thus better at hiding the flaws of bad computer imagery) will likely leave me with a more positive feeling (and I reserve the right to change my opinion at a later date), especially after the second half of this narrative is released next summer. For now, though, I just can’t bring myself to love this. It’s not because it’s a bummer; I think that was a good choice and I usually prefer that. It’s not because it’s popular, either; that’s never been a problem for me. Ultimately, the problem for me has nothing to do with what’s in the movie, but everything that it’s missing. Here’s hoping the next outing is something better.