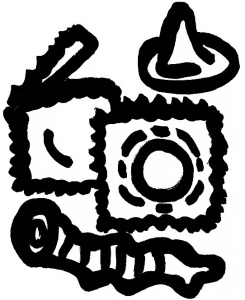 Listening to an interview with Kay Cannon promoting her film Blockers on Ira Madison III’s Keep It podcast, it was exciting to hear her acknowledge the film’s intended purpose as a major studio femme subversion of the losing-your-virginity teen sex comedy. The teen sex comedy is just dripping with machismo as a medium, as it’s most clearly defined by the bro-friendly boundaries of titles like Superbad, American Pie, and Porky’s. As many of my recent favorite comedies have been femme subversions of traditionally macho subjects (The Bronze & Wetlands being particular standouts), I 100% welcome Blockers as a continued corrective to the exhausting omnipresence of bro sex humor. However, I do wish Blockers wasn’t being critically framed as an innovator within that corrective, since that claim ignores 2013’s already criminally overlooked The To Do List. Another sex-positive, femme subversion of the raunchy, losing-our-virginity sex comedy, The To Do List was critically buried upon its initial release for its perceived overreliance on 90s nostalgia to sell its humor. Every passing year it becomes increasingly difficult to fathom caring about such a triviality, especially when you consider the film’s other virtues. If we can forgive the cult classic Romy & Michele’s High School Reunion for featuring adult comedians reliving their 1980s heyday in extended flashbacks, I‘d like to think we can accept The To Do List expanding that bit into the next decade, especially considering the level of talent on-hand: Bill Hader, Andy Samberg, Donald Glover, Lauren Lapkus, D’Arcy Carden, Alia Shawkat, and (in the starring role) Aubrey Plaza. The To Do List is overdue for critical reappraisal as a modern comedy sleeper, both on its own terms and as an active subversion of the same teen sex comedy tropes challenged by Blockers.

Aubrey Plaza stars in The To Do List as a high school valedictorian who fears her dedication to book-smarts has left her unprepared for practical social interactions. Most significantly, she expects college to be a nonstop orgiastic bacchanal that she will be out of the loop for as a nerdy virgin who hasn’t even shared a kiss. As an overachiever, she attempts to correct this problem by dedicating the entire summer before college to methodical, scientific sexual experimentation. It’s a plan that extends beyond shedding her virginity to include activities most high school students wouldn’t dream of attempting: rimming, motorboating, pearl necklaces, etc. This pursuit of sexual experience leads to inevitable John Hughesian tropes of Plaza’s in-over-her-head protagonist being confronted with the choice between two suitors: the “bad boy” she lusts for and the “good guy” who longs after her. In that moment of crisis, she smartly chooses neither, pointing out the impermanence & ultimate insignificance of most high school flings. Sex is paradoxically explained to not be a big deal, but also requiring careful consideration for your partners’ feelings. It’s a complex, but necessary lesson for high school kids to learn, one coupled with matter-of-fact statements of sexual intent & partners’ enthusiastic consent. A large portion of the plot is also dedicated to three teen girls’ lifelong friendship and their frequently thwarted plans to watch a rented VHS copy of Beaches together at some point during their last summer before college. Blockers explores a very similar friendship dynamic, although it admittedly better spreads the narrative focus around to each member of the group (and the overprotective anxieties of their respective parents). Both films are thoughtful explorations of femme teen sexuality & friendships without feeling at all leering or exploitative, likely in part because they were both helmed by women (The To Do List was written & directed by Maggie Carey).

The charm of both Blockers & The To Do List is that their sex-positive politics & wholesome emotional indulgences are allowed to co-exist with the typical gross-out gags that accompany the raunchy teen sex comedy. Although it tends to cater to straight male sensibilities, this is a genre that owes its space under the mainstream comedy umbrella to the raucous envelope-pushers of John Waters’s early career, particularly Pink Flamingos (even if by way of its influence on the Farrelly Brothers). Blockers goes for broke in its own gross-out moments of teen puke & butt-chugged beers, but The To Do List hits even closer to home in echoing its Pink Flamingos roots by depicting Aubrey Plaza defiantly chomping on a turd. Cinema is beautiful, y’all. Both films also mine a lot of awkward humor from parents being trapped in the same space as their children in the middle of sexual congress, going as far into The To Do List as having them lock eyes with their kids mid-orgasm or shaking the hand of the person currently fucking them. Dismissing The To Do List outright for blatantly adult comedians playing young or for 90s-nostalgic references to things like Hillary Clinton & jean skorts is an oddly reductive way of looking at a comedy that actively challenges the same gendered, double standard sex comedy tropes later subverted in Blockers. It’s even arguable that The To Do List is the more aggressive of the pair in that subversion, as its dedication to gross-out raunch is much more prolonged & pronounced. If nothing else, The To Do List was also prescient of the losing-your-virginity-on-top gag later repeated in the critical darling Lady Bird. That’s gotta be worth something, right?

Blockers is a great film that deserves to be celebrated for its femme subversions of a long-established comedic boys’ club that only gets sourer every passing decade. I don’t at all mean to detract from what Cannon accomplished there. I would just want to stress to anyone desperate to see more of that subversion out in the pop media landscape that The To Do List is well worth a critical reevaluation in the same context (along with the equally underrated The Bronze). If we could be gifted with one heartfelt, femme gross-out sex comedy a year like Blockers or The To Do List, the world would be a better, filthier place. We deserve more movies like them, but in the mean time we should give proper due to the ones we already have.

7 thoughts on “Fans of the Raunchy, Sex-Positive Teen Comedy Blockers (2018) Should Double Back to Watch The To Do List (2013)”