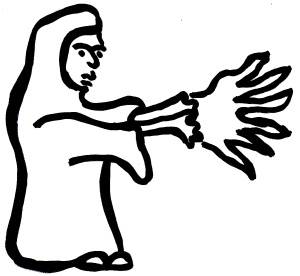 Slipping further back into the Motern Media catalog of Matt Farley film productions, I was beginning to worry that I was wasting time & energy in search of the initial high I found in standout titles like Monsters, Marriage, and Murder in Manchvegas and Don’t Let the Riverbeast Get You!. A self-funded, microbudget “backyard” filmmaker, Farley has been making movies with his friends & family for decades to little outside fanfare, but something in his D.I.Y. auteurism really clicked when he reached his creative apex in Manchvegas & Riverbeast. It’s difficult to know even where to start when digging through Farley’s pre-Riverbeast titles, as their quality varies wildly (despite their shared financial ceiling). It’s difficult to even discern what qualify as his “official” releases. Most sources cite Freaky Farley as the official Motern Media debut, perhaps because of that film’s (largely unsuccessful) push for film festival submissions. Farley himself lists at least three prior full-length pictures on his own website, all available on YoutTube. IMDb, to the contrary, lists the first Matt Farley production to be Druid Gladiator Clone from 2002, a homemade movie that feels like it was designed for YouTube streams, even though it predates that site by years (and its current form only has about 1,000 views on YouTube to date). Seemingly captured on MiniDV camcorders and boasting special effects work that appears to have been pulled off with Apple’s pre-loaded iMovie software, Druid Gladiator Clone would appear from a distance to be an entirely skippable frivolity, even in Matt Farley’s microbudget terms, something not even worth its IMDb listing. Miraculously, Farley managed to turn it into a bizarre delight decidedly of its era, something as essential to Motern Cinema as the 16mm summertime slasher spoof of Manchvegas or the start of his modern digital era in Riverbeast. Druid Gladiator Clone is a dangerous film, because it’s one that might convince you that all Matt Farley productions are worth giving a chance, even the “unofficial’ castaways.

Farley & career-long co-conspirator Charles Roxburgh somehow transform the budgetary limitations of their camcorder equipment by leaning into its significance in early 2000s pop culture. Druid Gladiator Clone is staged with the fish eye lens “tracking” shots & “candid” camera techniques of a late 90s skateboarding video, aligning it with significant MTV media of its time like the Jackass series & The Tom Green Show. The movie is essentially a prank show made entirely harmless because its pranks’ “victims” are featured players who are in on the gag. Matt Farley stars as a modern-day druid named Farley, naturally, who zaps unsuspecting victims with his lightning-like “Beams of Goodness.” It’s initially very difficult to pinpoint exactly what this inane mythology means. Every time Farley shoots cheap CGI lightning out of his fingertips, the unsuspecting recipient of his Beams of Goodness immediately falls unconscious, appearing dead. Farley even lifts & drops the arm of each victim three times with bizarrely methodical repetition to ensure their zonked state. This effect is only temporary, though, and victims of his supernatural pranks tend to recover within a half hour of being struck by his fingertip lightning. In true Motern Media fashion, this mildly sinister set-up is then made weirdly, aggressively wholesome as Farley discovers that his lighting beams can be used to put his victims in a good mood instead of zapping them unconscious. This development contradicts what his druid superior (Motern regular Kevin McGee) trained him to believe. This shift from menacing pranks to learning the power of positivity occurs in the first third of the movie, leaving a full hour of runtime to be eaten up by romantic sitcom mix-ups, “gladiator battles” between fellow druids in latex Halloween masks, and Farley “fighting” the cloned version of himself promised in the title (by challenging him to a round of H-O-R-S-E on the basketball court). Mostly, Druid Gladiator Cone is a series of non-sequiturs where a shirtless Matt Farley runs wild in unsuspecting New England neighborhoods while trying on various dyed “cloaks” (bedsheets). It’s like an unusually wholesome Tom Green sketch somehow stretched to a 90min runtime.

As with all of Matt Farley’s productions, part of the joy of Druid Gladiator Clone is the accomplishment of its own completion. The college setting apartments & classrooms recall the art project ambitions most young twenty-somethings have about making full-length movies with their family & friends. What’s miraculous about Farley & crew is that they had the dedication to follow though on those ambitions and have been making backyard movies on a semi-regular schedule for over two decades running. What’s even more miraculous is that nearly all these pictures, even the ones stretching back to the Motern family’s college days, are not only watchable, but even worth enthusiasm. I wouldn’t suggest anyone begin their Matt Farley journey with Druid Gladiator Clone, but if you already have an affinity for Motern’s house style & find joy in seeing repeat players show up like old pals (this film is particularly humanizing for Kevin McGee, even though he plays a villain), it’s a surprisingly rewarding experience. The idea of a Jackass-style candid camera prank show where everyone’s in on the ruse and no one gets hurt is so weirdly wholesome & earnest, especially once applied to an unnecessarily complex supernatural mythology about “druids” (shirtless, magical boys) learning how to become better people. Structurally, Druid Gladiator Clone is barely held together in a sketch anthology style, recalling horrendous microbudget productions like the Blair Witch Project spoof Da Hip Hop Witch. The main difference is that Farley & crew are naturally, genuinely funny, something that doesn’t require much structure or budget to feel worthwhile. My enjoyment of this wholesome college prank show makes me fear that I’m too deep under the Motern Media spell to effectively watch any of Farley’s output with a critical eye. I’m so on hook for their eternally juvenile antics that I’m in awe of the commitment it took to capture the low-budget spectacle of this camcorder sketch comedy anthology, even with its defiant inattention to basic craft & exploitation of dirt cheap special effects software. Someone send help.