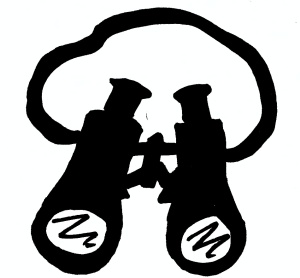 After the all-consuming cultural takeover Stranger Things staged a couple summers back, it’s near-impossible for an 80s kids-on-bikes genre throwback to escape limiting, direct comparisons to the Netflix TV series. For an eerie 80s nostalgia piece to stand out at this point, in an oversaturated market just brimming with the stuff, it has to have an angle: Beyond the Black Rainbow shines in its paranormal psychedelia; Super Dark Times de-mystifies the wholesomeness of the era’s memory to expose its true-life teen boy grotesqueries; Ready Player One foresees a grim near-future where 80s nostalgia eats us all alive. The filmmaking collective RKSS fulfilled this requirement wonderfully in their 2016 debut feature Turbo Kid, which turns nostalgia for half-remembered, comically exaggerated 80s runoff into a weirdly mutated, hyperviolent sugar rush. That’s why it’s disappointing that their follow-up sophomore feature, the kids-on-bikes mystery thriller Summer of ’84, plays its own material almost entirely straight, offering way-too-little-way-too-late in terms of finding a fresh angle on the 80s throwback craze to avoid redundancy. Turbo Kid feels like a 1980s throwback in its surface pleasures, but in practice goes too far over-the-top in its own whimsy to resemble anything specific from the decade in any direct, recognizable way. Summer of ’84, regrettably, finds RKSS delivering something that could easily be shrugged off as “just another Stranger Things,” waiting until its final few minutes to attempt anything novel or unexpected with the material – to muted results. The good news is that Stranger Things is pleasant, crowd-pleasing entertainment; the disappointment is in knowing RKSS can achieve more than that.

Summer of ’84 lays out the exact shameless 80s nostalgia tone it’s going for as thickly and as early as possible, ranging from sly Spielberg nods like kids riding around on bikes at sunset, armed with flashlights, to blunt Spielberg nods in lengthy discussions of Gremlins and declarations like “I’m going to become the next Spielberg!” The young boys in question are feeling restless in their Spielbergian suburb/prison, only able to fill up so much of their summer vacation ogling crusty porno magazines and spying on the Hot Girl Next Door with the Side Ponytail through binoculars & bedroom windows. It’s almost a blessing, then, when a local serial killer starts abducting boys their age in the nearby vicinity, bringing some supposedly needed “excitement” into the neighborhood. Taking full advantage of the opportunity for adventure, the boys launch their own vigilante investigation of the abductions, fixating on a beloved neighborhood cop/obvious creep played by Mad Men’s Rich Sommer. Summer of ’84 is a little too late to the table to offer much insight in its revelations that suburban life is more sinister than it appears on the surface, try as it might in lines like “Every serial killer lives next door to someone,” and “The suburbs are where the craziest shit happens.” Even if the Spielberg & Joe Dante territory the film is directly aping weren’t enough to cover it, David Lynch has just about run that topic into the ground all on his own. It does find a somewhat novel angle on the material by clashing its initial gee-walkers 80s boys’ adventure tone with a last-minute shift to pitch-black cruelty & brutality that feels anachronistic to its era (outside extreme examples like Cloak & Dagger). It’s a tonal shift sold exceptionally well by Sommer’s creepy neighbor-cop, but it’s one that arrives too late to have much effect on the overall picture.

There are a few early jump scares that might indicate the dark, novel places Summer of ’84 eventually goes in its concluding minutes, but for the most part what’s on the screen just resembles things we’ve already seen many times over as an audience. Beyond its resemblance to Stranger Things, the film also recalls the teenage Rear Window mutation Disturbia in its killer-next-door-neighbor binoculars investigations. I swear one of the scrawny teen-boy actors (Cory Grüter-Andrew) is styled to look exactly like Martha Plimpton in The Goonies and it’s cute, but super distracting. It’s tough to tell whether the casual Reagan Era misogyny & homophobia shared amongst its central teens is meant to be a critique of films from that era or just a reflection of the culture at the time, but either way it was a topic covered much more purposefully in Super Dark Times. Really, then, Summer of ‘84’s one standout angle on the material is the harsh clash of its teen-boy adventurism and the cold, brutal reality of its serial killer plot. If the tonal contrast of that juxtaposition has been featured front & center for the entire length of the picture, Summer of ’84 might have established a unique enough angle on the 80s nostalgia craze that it would invite deeper critical discourse than just comparisons to previous works. As is, everything before that final shift can be comfortably described as “just another Stranger Things;” that isn’t the worst critique to suffer, but it’s also well below the wilder, go-for-broke standard set by Turbo Kid.