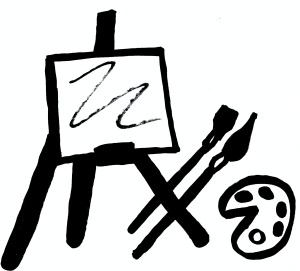 I’ve been conditioned to think of The New German Cinema movement of the 70s & 80s as an especially macho wave of filmmakers brimming with braggadocio, as typified by personalities like Werner Herzog & Rainer Werner Fassbinder. Discovering their contemporary Margarethe von Trotta was a welcome change of pace, then, as her work appears to deviate from that macho boisterousness wholesale. Von Trotta’s 1985 drama Sheer Madness traffics in the exact raw emotion & understated cinematic eye as typical New German Cinema fare, but the film also serves as a direct, uninhibited attack on the oppressive masculinity & overbearing personalities that tend to accompany that over-philosophical style of artistic restraint. This is the story of two women who form an intense, impassioned bond outside the control of the men in their lives and how that instantaneous attraction is treated like a dangerous form of madness. Their families & sexual partners worry & express frustration with this unbridled friendship, unable to influence the behavior of two women who act as if no one else exists in the world. Strong-headed macho brutes are portrayed as villains who corrupt, pervert, and discourage a beautiful thing before it reaches its full potential, when the standard would be for them to be the creative voices behind the camera. That corrupting influence closes around the two women, who find themselves just as hopelessly outnumbered as women directors were on the New German Cinema scene.

Ruth is a troubled painter. Olga is a literary college professor. Both academic women find themselves drawn to each other like magnets after Olga prevents Ruth’s suicide attempt at the outskirts of a drunken party. After a brief separation, Ruth confesses to Olga, “I often think of you. Somehow you must have felt it.” Olga does not verbally confirm, but she does begin to spend increasing amounts of time with the typically reclusive artist, much to the concern of every man in their social periphery. Even Ruth’s husband, who initially encourages the friendship to blossom, finds himself frustrated with the women’s dual, instantaneous obsession. He berates Ruth for having social anxiety around everyone but Olga, threatens her with hospitalization, and demands to know “What does she give you that I can’t?” Typically, this kind of story would fully tip into the realm of forbidden lesbian romance, but Sheer Madness is all the more fascinating for sidestepping that impulse. The two women dance together, stroke each other’s hair, make intense eye contact, and trade polite kisses on the cheek, but their mutual attraction cannot be explained by something as simple as sexual lust or romance. It’s instead allowed to sit uncomfortably as an intense magical spell, only occasional broken by the men in their lives who apply pressure for them to knock it off. The resulting relationship falls somewhere between Heavenly Creatures, Queen of Earth, and Call Me by Your Name – something as volatile & taboo as it is idyllic & enviable.

Margarethe von Trotta seems hyper-aware of her outnumbered status within an artistic medium dominated by macho blowhards, making the philosophy & isolation of feminism an explicit part of her text. Olga lectures her rapt classroom on the personal history of the poet Günderrode (in full, Karoline Friederike Louise Maximiliane von Günderrode), who came to prominence in a time when male artists were used to sidelining women as friends, wives, and mistresses – muses, not collaborators. Günderrode’s writing about two women who are “violently attracted to each other” is an obvious point of inspiration here, but I generally get the sense that the director also identified with her as a femme artist entrenched in a stubbornly macho medium. As thematically blatant as those feminist literature lectures can be, von Trotta mostly expresses herself though a quiet, unimposing subtlety. The boldest stylistic flourishes of the film are stray shots of black & white lyricism that occasionally break apart the stage play atmosphere of the proceedings by showing the world through Ruth’s bleak POV. Mostly, this conflict of a volatile, policed femme friendship is choreographed with such restraint that it’s difficult to tell if even a queer reading of the film is justified by the text itself or just our expectations of where these stories tend to go. In the film’s best scene Olga serenades a Christmas party with a downbeat rendition of the girl group classic “Will You Still Love Me Tomorrow,” channeling Marlene Dietrich by way of Carole King. The body language she shares with Ruth & the visible discomfort of both women’s families say something very peculiar & almost subliminal that could not be expressed in dialogue. No matter how much von Trotta’s work aesthetically resembles her contemporaries’, the way that scene plays out (along with the central feminist conflict at large) feels entirely unique to her, divorced from the filmmaking braggadocio of her era.