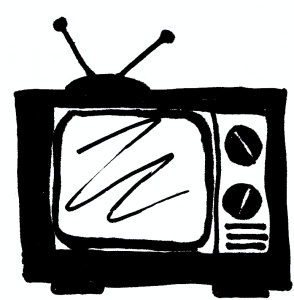 Nicole Kidman stars in Gus Van Sant’s tabloids-obsessed erotic thriller To Die For as a local cable Weather Girl from the suburbs who cons metalhead teenage dirtbags into murdering her husband. It is maybe the most purely 90s Movie I’ve caught up with since the 90s ended, having blindly stumbled upon it as a recent thrift store purchase because I dug Kidman’s lewk on the poster. Her costars include Ultra 90s sitcom performers Wayne Knight (Seinfeld), Kurtwood Smith (That 70s Show), George Segal (Just Shoot Me!), and the never-less-than-stellar Illeana Douglas (who had at least one guest spot on any TV show you can name) among Van Sant’s usual movie-star caliber cast of players. Arriving just one year after Pulp Fiction, it experiments with the scrambled timeline messiness that became inescapably popular in a post-Tarantino world, applying it to the Joe Eszterhaz era erotic thriller, as defined by 90s titles like Showgirls & Basic Instinct. Danny Elfmann provided the score, which can’t help but recall the 90s suburbia fantasy worlds he helped establish for Tim Burton in titles like Edward Scissorhands & Beetlejuice (which spilled over into the decade in its animated Saturday Morning Cartoon form). The only way To Die For could be more quintessentially 90s is if it were Clueless and, even then, both films share their casting of Dan Hedaya as a disgruntled dad.

Beyond its immersion in contemporary aesthetics & personae, To Die For is distinctly 90s on a philosophical level in its bottomless appetite for tabloid sensationalism. Vanity Fair dubbed the 90s to be The Tabloid Decade in its 1999 retrospective on how news media had changed over those ten years (which makes sense given that it was the decade when the O.J. Simpson trial kicked off the 24-hour News Cycle, bringing tabloid journalism into every American’s living room on a round-the-clock routine). Energized by that growing cultural obsession with Celebrity Criminals, Nicole Kidman plays a tabloid superstar who recalls archetypes of the era like Lorena Bobbitt, Patsy Ramsey, and Tonya Harding (which makes it fitting that I, Tonya later copied from this movie wholesale and turned every last interesting thing about it into a tactless embarrassment). The novel Buck Henry adapted his screenplay from was even “loosely” based on a real-life tabloid sensation: Pamela Smart, a New Hampshire high school employee who really did seduce her school’s least respected teens into murdering her husband. Although Smart was not a Weather Girl in real life, contemporary audiences still would have recognized the iconography of her crime from the supermarket magazine racks and instantly known where this story is headed, so Henry & Van Sant waste no time taking them there. The movie begins with Kidman being mobbed by paparazzi at her husband’s funeral. Her fame is then projected on tabloid magazine-inspired opening credits so intensely up-close that they resemble a Roy Lichtenstein print in motion. A fictional headline that reads “Sex, Violence, and the Weather” could have served as an alternate title if Van Sant really wanted to commit to this sadistic tabloid obsessiveness (it’s what the Lifetime Channel version of the movie would have done, anyway), but we still get the point without him going there.

Since the Pamela Smart story was already familiar to the point where it was practically a modern folktale, To Die For is less about the surprise of her life’s twists than it is about the alluring idiosyncrasies of her character. Kidman’s persona in the film feels like a Mainstream Hollywood mutation of the fame-seeking anti-heroines of John Waters’s oeuvre: Pink Flamingos‘s Babs Johnson, Female Trouble‘s Dawn Davenport, Cecil B. Demented‘s Honey Whitlock, etc. She is desperate to be a famous TV personality at any cost. At first, her path to achieving that dream seems to be exhibiting her bombshell good looks on a local cable network’s news show as their eye-candy Weather Girl. Murdering her husband was only a necessary insurance measure, since he disapproved of her leveraging that gig into bigger opportunities that might have come along – preferring that she settle for becoming a stay-at-home mother instead. It turns out, though, that the murder itself was a much quicker path to televised fame. There’s a noticeable thrill that lights up her eyes once she realizes that the world’s attention is glued to her misdeeds on the screen (and on supermarket magazine racks). By 1995, neither celebrating nor satirizing the attention-seeking narcissism of tabloid-friendly criminals were especially novel; Waters alone was nine features deep on the topic with Serial Mom the year before. Still, the specific textures of Smart’s bizarre circumstances, Kidman’s sweetly cruel performance, and Van Sant’s playfully ironic (and, frankly, patronizing) tone make the film a sadistic delight.

The only hiccup I have with my enjoyment of To Die For is the way Gus Van Sant plays with the order of events. His mix of mockumentary and traditional narrative filmmaking styles is generally fun to watch, but there is a jerky stop-and-start rhythm to their assemblage that makes it difficult to fully lose yourself in the story being told. Otherwise, I’m totally on board with this film as an exercise in 90s-specific aesthetics, especially in its harsh contrast between Kidman’s bubbly femininity and the speed metal riffs that frequently interrupt Elmann’s whimsical score. The film only becomes more impressive the longer you dwell on how I, Tonya disastrously attempted to repeat every single trick in its playbook (which becomes apparent as soon as Illeana Douglas begins conducting her “interviews” from an ice-skating rink) but stumbled on a hypocritical tact of audience-blaming that blew up the entire balancing act. By contrast, Van Sant openly indulges in being captivated by the Pamela Smart story, shamelessly burrowing into its most sordid details and cruelly poking fun at the small-town simplicity of its central players. It might not be as Moral of an approach as the audience shaming finger-wagging of I, Tonya, but it’s at least an honest one. To Die For captures a very specific time in tabloid criminal celebrity by genuinely participating in its full allure, like a Lifetime Original Movie that happens to feature actual movie stars. If nothing else, it’s easily among the career best outings for both Kidman & Van Sant, who have plenty of formidable contenders for that honor.