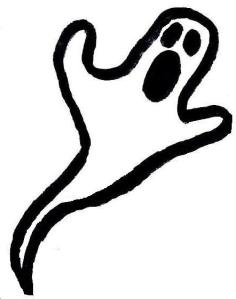 It was only a matter of time before Taika Waititi’s brand of sweet, understated humor started registering as a direct influence on other comedic media. I already felt that influence last year on the minor Kiwi comedy The Breaker Upperers (which was produced by Waititi and featured several of his regular collaborators), but this year’s Extra Ordinary feels like evidence that it’s now reaching out even further into the ether. Borrowing a humble, reserved approach to the horror comedy genre that Waititi previously explored in What We Do in the Shadows, Extra Ordinary is an absurdly polite, underplayed farce about ghost hunters in small-town Ireland. It’s not quite as comedically successful as Waititi’s modern-day vampire comedy (nor the What We Do in the Shadows TV show, nor its closest competitor Los Espookys), but it does nail the lowkey charm that made it such a success. This is an adorably sweet, character-driven comedy about relatable people dealing with a seemingly insurmountable crisis they don’t deserve to suffer; that crisis just happens to involve demons, ghosts, and other supernatural phenomena.

A meek, reclusive driving instructor with a past as a paranormal medium (Maeve Higgins) is drawn out of her shell to help stop a washed-up rock star (Will Forte) from completing a Satanic sacrifice that would revive his career. The ghosts she encounters along the way are mostly pretty mundane, taking the shape of animated electrical appliances, squawking birds, and a domestically abusive, chain-smoking housewife. She reluctantly gets back into the rhythm of interacting with these apparitions for the sake of saving her nemesis’s intended virgin sacrifice. That sounds like a heroic cause in the abstract, but the process mostly involves making her equally shy love interest vomit up a semen-like ectoplasm after briefly engaging each ghost in a polite chat. Even the Satanic ritual at the climax is undercut from achieving anything genuinely Cool or Horrific by mundane interruptions like minor traffic accidents, bickering couples, and Chinese food delivery. It’s an extremely silly, absurd movie when considered in totality, but in the moment everything is so aggressively pleasant that its cartoonish qualities don’t immediately register.

It takes a minute for Extra Ordinary’s sense of humor to fully heat up, by which I mean that it takes the audience a minute to adjust to its characters’ peculiarly muted wavelengths. The film is plenty funny once it builds that momentum, though, and it eventually stages a hugely satisfying farcical payoff in its final Satanic showdown that makes everything that preceded feel like a movie-long setup to a remarkably solid punchline. It traffics in grotesque, horrific scenarios involving demonic possessions, domestic abuse, and paranormal sex fluids, but the characters who navigate them are so quietly sweet that you hardly notice how harsh or over-the-top the whole thing feels from afar. It’s close enough to the Waititi formula that you recognize the influence, but specific enough in its own characterizations that it succeeds at being its own distinct thing. It’s also the kind of comedy that likely rewards repeat viewings, since it centers remarkably sweet characters you can’t help but want to spend more time with once you get to know them.