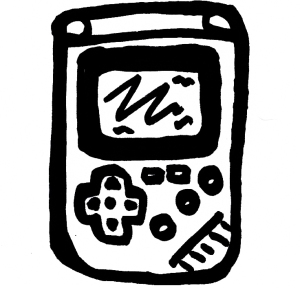 1. We Are Little Zombies – The meteoric rise and fall of a punk band formed by four disaffected, emotionally stunted Japanese orphans who run away together after meeting at their parents’ respective funerals. It captures both the exuberance of youth and the rage kids feel when the world is outside their control. As a directorial debut, it’s like the best bands’ freshman albums, with years of pent-up creative material exploding onto the screen. I just hope Makoto Nagahisa has enough ideas leftover for his next film, because I’d love to see more.

2. American Utopia – I saw an abbreviated version of this David Byrne concert at Jazz Fest a few years ago and was supposed to see the full show at the Saenger in 2019, but it was cancelled due to a scheduling conflict with a Disney Live! production. And then COVID-19 eliminated any chance of that show being rescheduled. So, it was a little bittersweet getting to see the movie version for my birthday this year, but it was still a powerful experience. The way Byrne questions who we are in the world as people and as citizens really spoke to me. It’s like an emotional, danceable TED Talk about our interdisciplinary connections, studying humanity as if it were a type of fungal mycelium. If anything, the show’s only become timelier & more relevant since the 2018 performance I attended. Police brutality has been a scourge forever, but last summer it came to a head in a really public way, and I was impressed to see a concert film directly deal with that injustice.

3. The Wolf House – An animated Chilean film that addresses a real-life religious cult that committed wartime atrocities and other crimes against humanity dating back to the 1960s by recounting them in an ugly fairy tale. It’s got all the trappings of a pre-Brothers Grimm folktale: the sour ending, the moralistic behavioral warnings, the magic that is both beautiful and cruel. Although it’s framed as a rediscovered propaganda film lost since the 60s, it’s constructed with some of the most astonishing modern animation techniques I’ve seen. It’s ostensibly stop-motion, but it’s achieved through a wildly imaginative multimedia approach. That innovation is more than just an all-style-no-substance gimmick, though; it’s an integral part of the storytelling. It’s evil, it’s sick, and it’s grimy.

4. Birds of Prey – A wonderfully stylized, deliriously hyperactive superhero movie that doesn’t drag or feel laboriously obligated to comic book backstory or pathos. It steps on other superheroes’ capes, soaring in its own unique, chaotic way (a power seemingly fueled by Vodka-Red Bulls).

5. Emma. – I love how sharp this Austen adaptation is, both in the physical choreography of its characters’ movements and in their cutting, carefully chosen words. The costumes & sets are also superb. Its biggest detractors criticize it for how mean Emma is, but that’s also just how she’s presented in the novel. Emma Woodhouse is not some sweet saint; she ruins lives for her own amusement and is too vain to admit how much pleasure she gets out of that transgression, which is just teenage girls for you. It’s nice that Anya Taylor-Joy has decided to stop aging so she can play these parts forever. Johnny Flynn also commands the same animal sexuality he got to display in Beast, except dressed up here in nicer clothes. The whole film feels like a dangerously sharp knife with an exquisitely crafted handle. It can draw blood, but it’s an object of pure beauty.

6. Portrait of a Lady on Fire – This period drama is very sumptuous & sensual in its cinematography, unlike the sharp angularity of Emma. It’s soft like the beautiful green fabric of the dress in the titular portrait. Still, I love the bleakness & the remoteness of its locale and its outlook on human relationships. It notes the rigid, absolute limitations placed on women, even women of a very privileged class. Despite the corseted parameters culture places on its characters, there’s a free-flowing wildness of femininity & womanhood that runs through it, best exemplified by the acapella folksong sung around the bonfire.

7. Dick Johnson is Dead – A documentary made in collaboration between Dick Johnson and his filmmaker daughter, Kirsten Johnson, working through their anxieties over his impending death by staging fictitious versions of that impending tragedy in increasingly imaginative ways. Its interspersed interviews with Dick and the people in his orbit examine the nature of relationships between children and their parents, our larger societal relationship with death, and indefatigability of the human spirit. It’s a happy film about a sad subject, ultimately feeling triumphant in the way it cheats death for Dick. Even though he will die, he will always feel alive to people who watch this document.

8. Possessor – This techno body horror from Brandon Cronenberg feels like the cursed love child between his father’s eXistenZ and his own Antiviral. The plot isn’t particularly important. What’s most compelling is the psychological battle between its characters to gain possession of the corporeal vessel they share (a testament to the powerful performances from actors Christopher Abbott & Andrea Riseborough). It’s a truly shocking film, alienating the audience with images no one should see. The visual effects are fascinating, both beautiful and disgusting.

9. Palm Springs – A Groundhog Day time-loop film, which is quickly becoming its own genre. This one’s timing felt very in-tune with the themes of the pandemic. It captures the anxieties we especially felt early in the stay-at-home lockdown orders but channels them into something fun & constructive. It’s a pleasing comedy that transforms the year’s shitty, never-ending nightmare into a solvable equation.

10. The Shock of the Future – A day in the life of a young composite character who’s an emerging artist in late-70s electronic music. Over the course of the film, she composes the very first electropop song, a tribute to several women pioneers of analog electronica who struggled to get recognized for their innovative artistry in a male-dominated industry. It’s impressive in the way it pushes against the myth of the individual artistic genius perpetuated by most biopics, instead stressing the importance of community & collaboration. It’s also fascinating to watch electro pioneers tinker with individual pieces of analog equipment to create new, exciting sounds. It made me want to play around on some vintage synths & drum machines myself.

11. Deerskin – Who doesn’t love a film about killer fashion? Between this & In Fabric, that may only be a subgenre of two (so far), but it’s a wonderful extension of the killer-objects horror of classics like Death Bed, Rubber, and Christine. Despite indulging in that ridiculous, high-concept genre, this is a surprisingly thoughtful film about the inadequacy that mediocre men face at middle age, and their psychotic efforts to overcome that deficiency. Jean Dujardin previously charmed American audiences in Best Picture-winner The Artist, but here he’s a sad, pathetic grifter who’s lost his job and his only meaningful relationship, now having to scam people just to hang out with him. It’s hilarious. Also, shoutout to Portrait of a Lady on Fire’s Adèle Haenel’s performance as his only accomplice; she’s a great audience surrogate in her amused fascination over the ongoing car wreck of his life.

12. Color Out of Space – I always love attempts to modernize Lovecraft, bringing his mythology (but not his personal politics) into modern media. This is only the second most successful visualization of the original short story’s central threat in its visual effects, trailing behind the 2010 German film that better captured the impossibility of its adaptation. It’s much more effective in metaphor, crafting yet another horror of male inadequacy that examines the lengths that men will go to maintain their power & privilege. Nic Cage plays an absurdly silly man who fears his family is starting to rupture due to illness & emotional alienation. His desperate efforts to draw his nuclear family back into order only place them directly in the path of cosmic horror even further outside his control. A lot of critical focus has been around his over-the-top performance, but those antics aside this is a harrowing film about loss & cancer, fearing not just the disease but its emotional erosion of familial relationships, interpreted through the powerful medium of cosmic horror.

13. The Invisible Man – Okay so it turns out the overriding theme of the year is the lengths that sad, pathetic men will go to maintain power & privilege. This one is a genuinely scary film that operates in a realm of traditional horror tropes. For a lot of its audience, it’s doubly scary because of its domestic violence aspect, capturing the feeling of the ground being pulled from under you when you realize your abusive relationship is not the loving one you initially pictured it to be. That realization happens before the film even opens, but we’re made to live through its terrifying aftermath.

14. The Twentieth Century – This pseudo-biography of a real-life Canadian politician is also a highly-stylized farce about, again, a pathetic man’s foibles in his quest for power. History says its events are set in Canada, but what’s onscreen is some nowhere nether-reality of dry ice and gorgeous matte paintings, populated by caricatures rather than characters. Guy Maddin & David Lynch are obvious influences on its imagery, but it’s all filtered through a more vintage George Méliès patina. It resurrects the early-cinema Méliès tradition of the féerie play: crafting an artificial fantasy plot & spectacular visuals but anchoring them to a melodramatic morality play about the weaknesses of privileged men.

15. Extra Ordinary – This goofy-not-scary Irish horror comedy shares a very particular sense of humor with titles like Housebound & What We Do in the Shadows, to the point that it’s shocking it’s not from New Zealand. A woman who is not yet middle aged but no longer young doesn’t know what to do with her life, mostly because she harbors unresolved guilt over her paranormal-expert father’s death. Luckily, she gets pulled into a zany adventure that saves her from her rut and resolves that leftover guilt. And surprise, the villain she faces is a sad, pathetic man desperate to hold onto his power & prestige – an aging rock star played by Will Forte with the same childish temper tantrums he threw in Last Man on Earth.

HM. Swallow – Although this was my #1 film last year, when I saw it at the New Orleans Film Festival, I would be remiss if I didn’t include it again this year when it was more widely available. It’s a subtle but highly stylized psychological horror about bodily autonomy, class warfare, and trauma, illustrating the complete lack of control you have over your own body & destiny if you’re born on the wrong end of class & gender dynamics.