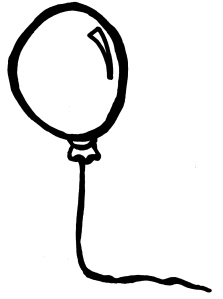 I’m not sure that Josh Trank bounced back from his career-imploding misfire Fant4stic (2015) with a better film, but he’s certainly returning to the scene with a more memorable & entertaining one. Trank’s misshapen Al Capone biopic stands alone in a genre defined only one other film to date: Venom (2018), by which I mean it’s a tragically bland nothing of a movie that Tom Hardy’s bizarro performance transforms into a riotous good time through sheer force of will. Trank wrote, directed, and edited Capone himself, so you think you’d be able to credit some of the film’s entertainment value to his guiding hand. Yet, his dialogue, direction, and editing choices are all so aggressively uninteresting that it’s a miracle any audience could sit through the entire picture without slipping into a coma. Tom Hardy alone is the source of that miracle, and it’s his batshit performance that transforms Capone into something truly remarkable, even if just remarkably laughable.

Capone covers only the final year of the notorious gangster’s life, which he spent under house arrest while left senile by neurosyphilis at the age of 48. Trank attempts to use this syphilitic madness as a device that allows the narrative to surreally drift through time & space as Capone’s mind wanders through his own memories, feeling immense guilt over the violence he commissioned at the height of his Chicago crime boss days. There’s no sense of purpose or immersive atmosphere to these drifts through Capone’s subconscious, though. When the movie’s over you’re left pondering if it had anything to say about violence, guilt, syphilis, Capone, or anything at all. The movie has no discernible reason to exist except in giving Tom Hardy the freedom to run wild in the titular role. Luckily for Trank, Hardy more than makes up for any & all filmmaking deficiencies by turning Capone into a one-man freak show. Against all odds, the film truly is a spectacle.

With none of the film’s stylistic or narrative elements being compelling enough to get in his way, Tom Hardy is given the greenlight to transform Capone into a series of Nic Cagian stunts. His demented vision of the titular gangster is horrifically grotesque. He mumbles incoherently in a garbled growl more appropriate for a talking trash can than a human being. He dresses in old biddy drag, fires pistols at alligators, belts out his showtunes from The Wizard of Oz, and fires a gold-plated Tommy gun at his friends & family while aimlessly wandering the grounds of his mansion in a soiled diaper. Admittedly, all these stunts were written into the screenplay, so it’s not as if Hardy ad-libbed the film’s saving graces. He’s just responsible for making them fun to watch in a bewildering sideshow act kind of way that we normally only allow Nic Cage to perform. It has got to be the most compelling, amusingly outrageous performance you’ll ever see where a main character pisses, shits, and pukes themselves for the entire runtime while staring directly at the audience with grotesquely bloodshot eyes.

I’m embarrassed by how much fun I had with Capone. By most reasonable metrics, it’s a terrible film, one that’s only dragged down by the eye-rolling decisions made by its commanding auteur. Why hire El-P to produce a score if his work is going to be so anonymous that the audience forgets that factoid immediately after seeing his name in the opening credits? Why cast eternally loveable performers like Linda Cardellini & Kyle MaClachlan just so they can sit around watching Tom Hardy do his thing? Why the fuck do you think the world needs a ~spooky~ rendition of Louis Armstrong’s “Blueberry Hill?” Who is any of this for? It ultimately doesn’t matter. All things considered, this is a much more memorable, entertaining, and overly ambitious take on the pathetic-mobster-geezer-regretting-his-evil-deeds story than the infinitely more competent The Irishman, so it really doesn’t matter how it got there. I would watch Tom Hardy shit his pants on an infinite loop if the results were always going to be this fun.