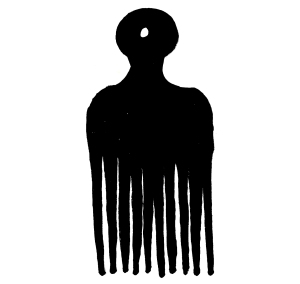 As a genre, horror comedies leave a lot of room for complaints from all directions. They’re often dismissed for not being funny or scary enough—depending on the audience—with the exception of a few canonized classics: Evil Dead, Shaun of the Dead, Dead Alive, etc. Bad Hair, the new satirical horror comedy from Justin Simien (Dear White People), is even more vulnerable to criticism than most newcomers to the genre, because it disregards those potential complaints entirely. A retro throwback about a killer hair weave wreaking havoc in the New Jack Swing era of the late 1980s, its premise sounds too goofy to take seriously as a horror film. Yet, its stubborn insistence on using that absurdist premise to tackle sensitive social topics (mainly how Black women’s hair is weaponized in race & workplace politics) means that it can’t just indulge in gory Looney Tunes buffoonery; it has to take its killer weave premise dead seriously at the start to earn the zaniness of its third-act horror comedy payoffs. That spooky-goofy-political whirlwind of tones is certain to alienate a large percentage of the audience who stumbles across this film on Hulu (who acquired it at this year’s Sundance film festival). Personally, I greatly admire that stubborn refusal to accommodate everyone, a boldness carried over from Simien’s previous work.

To villainize a sentient, evil weave, Simien has to dial the clock back to a time in the late 1980s when weaves were a near-mandatory fixture among Black women in the corporate American workplace. He sets the film within the image-obsessed office culture of Music Television, where a Black-marketed TV station is bought out by a soulless corporation that wants to seek a wider (read: “whiter”) audience. The VJ’s & office girls under their employment are pressured to get high-end sew-in hair weaves to maintain a hipper, more “professional” look (as opposed to their naturally curly hair), a modern continuation of the harsh chemical treatments used to straighten out Black women’s hair to meet an unfair, white European beauty standard. The cruelty of denying these women a choice in how to present their personal appearance combines with the physical discomfort of the weaves themselves to create a dread-thick atmosphere, as if these hair treatments were an unspoken magic spell. That horror undertone becomes exponentially more literal & more absurd as the weaves themselves start attacking both their hosts and the not-so-innocent people around them, reaching out in CGI tendrils to drink unsuspecting victims’ blood. By the end of the film, all subtlety & sincerity is abandoned in favor of a zany horror comedy free-for-all, but the road to get there is surprisingly thoughtful & grim.

When we recently asked the question “What are your all-time favorite movie endings?” on the podcast, my answer was Peter Jackson’s horror comedy classic Dead Alive. My personal favorite movie structure is a story that becomes steadily, exponentially more bonkers as it goes along, starting at its most well-behaved and ending in total, unrestrained mayhem. Bad Hair follows that exponential-chaos plot structure in a satisfying way. A lot of people are going to ding it for taking its over-the-top premise too seriously in its first hour, but I think that’s its saving grace. If it were zanier and less politically purposeful it would’ve gotten old real quick; instead it really earns the campy B-movie payoffs of its climax by laying a lot of thematic groundwork and, against all odds, establishing a genuine sense of dread. It’s a fun, surprisingly thoughtful horror comedy, one that was bold to tackle such a sensitive political topic within a genre that’s better suited for broad humor & slapstick gore than it is for subtlety or nuance. It’s not for everyone, but then again no horror comedy is.