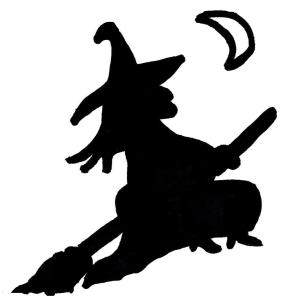 Although it was made a few years before the term “documentary” was coined, Häxan was far from the first non-fiction film ever made. It may, however, be the first documentary to ever be billed as a horror film. Based on the painstaking research of Danish writer/director Benjamin Christensen, Häxan is a hot-button doc that pretends to be about the “real” history of witchcraft, but is in truth a condemnation of how modern society deals with mental health. Although it begins & ends with lectures on antiquated notions of geography and health care, most of the film consists of live reenactments of medieval depictions of witchcraft that often blend the film’s documentary genre with classic silent horror. The reenactments are not only the sugar that helps the medicine go down. They’re also technical marvels that made Häxan the most expensive Scandinavian silent film ever made and a cinematic outlaw in countries that found its depictions of witches & devils to be blasphemous.

In its reenactments, Häxan looks like what you’d get if Fritz Lang’s Metropolis were set in Hell. Devils wag their tongues and suggestively churn butter while witches make potions out of thieves’ fingers, cat feces, and doves’ hearts. Women are lured out of their marriage beds by demons for late night naked dance parties and rub salves on each other’s backs that give them the ability to fly around on brooms. In these scenes, Häxan is the most metal 20s movie I’ve ever encountered. There’s so much wild imagery in the costuming and practical effects that I swear I’ve seen directly echoed before in VHS-era creature features like Nightbreed, Demons and C.H.U.D. The movie’s late night witches’ councils could also pretty much be considered source material for Kate Bush’s incredible “Sat in Your Lap” music video. Although Häxan boasts a serious message it deeply cares about, there’s no denying that it has a lot of fun in scaring the shit out of people with the medieval “The Devil takes many shapes” concept. Recreating live-action versions of witchcraft from art history is the film’s bread & butter, even if Ben Christensen had a loftier purpose in mind.

As devilishly fun & influential as the reenactment scenes are, Häxan (like a lot of hot button documentaries) is ultimately a huge downer. When the film returns to the real world to draw the thread between how women with mental illness have been treated in the past (as witches) and how they’re treated in the present (as lepers & pariahs) the naked dance parties are a far off memory and a flood of more sobering thoughts comes crashing through. The narration explicitly states “The Devil does not belong to the past” and asks “Isn’t superstition still rampant among us?” as depictions of the horrors of modern mental institutions and shady health care practices play out on the screen. Christensen then smartly returns to the opening depictions of the crystal spheres & bowl-shaped landscapes people once believed to be the science of the Universe’s structure, calling into question the validity of modern scientific consensus. Even nearly a hundred years since Häxan’s release, the sentiment is still potent. There are still huge flaws in our treatment of mental health & we still need flashy, sinful entertainment to draw our attention to them. Along with its hellish practical effects & creature design, the film’s central message has a surprisingly long shelf life.

Häxan is currently streaming on Hulu Plus.