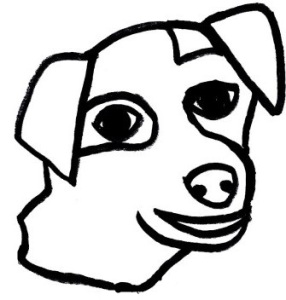 Immediately after falling in love with 20th Century Women, a film I’ve retroactively declared the best movie of 2016, I went home to watch writer-director Mike Mills’s previous work, Beginners. The immediacy of dividing into Beginners was not necessarily an extension of its convenient availability on Netflix Streaming (not that it hurt), but more a result of the film’s obvious connection to Mills’s subsequent work (and, in my opinion, his best to date). Much like 20th Century Women, Beginners finds Mike Mills in a self-reflective mode, capturing a semi-autobiographical moment in one of his parent’s lives in a loving, spiritual work of non-linear cinema. Instead of detailing the impossibly endearing persona of his ever-present mother like in 20th Century Women, Beginners tackles his much more complex relationship with his once-distant father. The two movies aren’t perfectly, exactly analogous but they’re undeniable in their parallels and they work well as sister films (an odd thing to say about someone obsessed about his parentage as an only child).

Beginners opens with Mills’s on-screen surrogate (an as-charming-as-ever Ewan McGregor) cleaning out the house his father lived & died in as an old man. In what’s appearing to be a trademark narrative style, Mills tells the entire life story of the recently deceased parent up front, then doubles back to color in the details for context. We learn immediately that he was not a great father to his only child in his youth, being mostly absent for his son’s formative years. This is explained largely to be a result of his quiet suffering as a closeted homosexual, something he concealed from the public until after his wife’s death. We mostly see the man as his son remembers him: openly gay, struggling with poor physical health in his 70s, acting as a makeshift father figure for his much younger weirdo boyfriend, and shining as happier than ever. This narrative thread mixes with a separate timeline where his son, grieving for the loss of both of his parents, struggles to form a healthy romantic relationship based on the ideals of the home he grew up in. He also struggles with a self-absorbed ennui he solemnly knows his parents didn’t have the luxury of, due to the times of War and queer & Jewish persecution that dominated their own heyday.

Reductively speaking, Beginners is not as impressive of a film as 20th Century Women. At times it can feel like a less-confident trial run of that far-superior work. It’s still a great movie in its own right, though, one that excels due to the same multi-media, multi-POV approach to a narrative structure Mills would later apply to its follow-up. Still images & physical photographs are used to evoke a period setting. Historical context seeps in to inform the film’s non-linear biographies through news footage & coldly presented facts. The scope of its story pulls back not just to cover its characters’ lives, but the essence of life on Earth. In my personal favorite touch, the nonverbal thoughts if the deceased father’s Jack Russell terrier are presented in subtitles, a detail that increases in frequency as the dog becomes more of a central character. Although I can’t cite Beginners as my favorite Mike Mills movie, it’s easily one of the best Jack Russell terrier movies I’ve ever seen, rivaling even Russell Madness (a lofty target, I know). In watching the dog communicate thoughts like, “The darkness is about to consume us if something drastic doesn’t happen right now,” or the father drunkenly discovering the simple joy of gay club music or his son learning to become a more loving, empathetic person in his grief-stricken moment of crisis, Beginners unfolds as an interesting, delicately beautiful work of personal revelation. Comparing it to the virtues of the immediately similar works from its director might undercut some of what makes it so special as a singular piece of art, but it is special all the same.