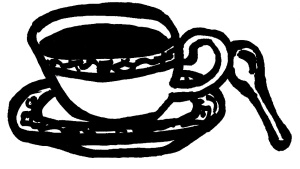 Although they’re often (rightly) called out for their inherent misogyny, there’s a popular reading of slasher films that claims they’re subversively, politically progressive because they ask a traditionally male audience to identify & empathize with a female victim’s POV. Aligning horror nerds’ sympathies with a Final Girl archetype might not seem like the height of radical discourse, especially considering what typically happens to those characters on-screen, but it does have a cultural value to it that might not be the first thing that comes to mind when discussing sleazy 80s slashers. The directorial debut of comedian Jordan Peele recognizes this function of horror audience sympathies and shifts its culturally critical eye from feminism to racial politics. Instead of a virginal, scantily clad blonde running from a masked killer with an explicitly phallic weapon, Get Out aligns its audience with a young black man put on constant defense by tone deaf, subtly applied racism. Part horror comedy, part racial satire, and part mind-bending sci-fi, Peele’s debut feature not only openly displays an encyclopedic knowledge of horror as an art form (directly recalling works as varied as Rosemary’s Baby, The Stepford Wives, Under the Skin, and any number of Wes Craven titles), it also applies that knowledge to a purposeful, newly exciting variation on those past accomplishments. Get Out knows what makes horror effective as a genre and finds new avenues of cultural criticism to apply that effect to instead of just mirroring what came before, no small feat for a debut feature.

Our de facto Final Girl protagonist is a young, hip photographer visiting his white girlfriend’s family home for the first time. Isolated in a secluded, wealthy suburb, he’s faced with the outnumbered, paranoid feeling of being the only black man in a sea of white, smiling faces. The only other POC in his hosts’ community are “the help”, who have an unnatural, creepily robotic way of acting (assumedly in a direct nod to The Stepford Wives). Instead of tackling the blatant, violently hateful kind of racism that would more typically be skewered in this kind of movie, however, Get Out finds horror in racism’s much subtler, more difficult to pin down forms. The girlfriend’s family is initially very cordial with our Final Boy, but in an awkward, discomforting way, plagued with a wide variety of micro-aggressions he awkwardly smiles through to avoid confrontation. By using phrases like “my man,” “thang,” and “Sup, fam?” in an attempt to make him feel welcome and at ease, the family only makes his presence feel all the more alien. They declare proudly that they can’t possibly be racist, since they enthusiastically voted for Obama. Twice! The girlfriend, in turn, makes a big show of pointing out every subtle slight in an attempt to seem cool & above it all. Nothing about the scenario is cool. Through eerie atmosphere, mood-setting jump scares, and surreal nightmare imagery, Peele slowly, steadily reveals the ugly spirit lurking under this try-hard liberalism that reduces a human being into a cultural specimen. And when the corrupt, corrosive nature of that sentiment comes violently crashing to the surface, it’s exposed to be just as cruel & terrifying as the kind of racism usually depicted through white hoods & burning crosses.

Get Out is a good, well made genre film that then becomes spectacularly great in its violent, no fucks given third act. Peele’s well-rounded screenplay brings every stray theme, from the racial discomfort to the main character’s guilt over past inaction to metaphorical motifs as small as roadkill deer, back around for a glorious, purposeful conclusion. The seemingly well-meaning, casual racism that had been lurking under the surface like a paranoid delusion is exposed as a horrifically grotesque monster that reduces black men to physical objects, targets for the white & wealthy’s fascination & possessive entitlement. Additionally, Peele filters this thinly veiled maliciousness through a surreal nightmare where reality is warped by perception-shifting hypnosis. If I had one complaint about Get Out it’d be that it could’ve spent a lot more time diving into the otherworldly imagery & paralyzing implications of its hypnotic dream-space, known in-film as The Sunken Place, instead of chasing tension-cutting meta humor with the film’s comic relief character. The Final Boy’s best friend phones in periodically to act as an audience surrogate, asking questions like, “How are you not scared right now?” & directly calling out the girlfriend’s family as the creeps they so obviously are. He’s an amusing presence in the film, but he’s one that pushes Get Out away from the more unique touches of its modern horror surrealism into a more overly familiar horror/sketch comedy tone. However, Peele still gets the most he can out of his subtle nightmare plot’s moment to moment creepiness, especially from always-welcome character actors Catherine Keener & Stephen Root, and you can tell he made this passion project from the perspective of a life-long horror fan who knows exactly how the format works most efficiently. From Get Out‘s cultural criticism to its play with Final Girl tropes to the gloriously bizarre territory of its third act reveals & Sunken Place surrealism, it’s an impressive, striking debut feature, a great first go for a filmmaker who hopefully has a long career of these horrific, satirical mind-benders ahead of him.