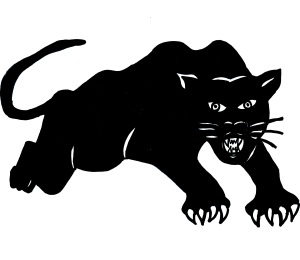 Naively, I hoped last year’s bizarro movie distribution vortex might make for some exciting, unconventional Oscar nominations. Instead, it seems most of this season’s frontrunners are typically-awarded Prestige Dramas that weren’t available to the wide public two months into the next calendar year. It’s impressively stubborn. Since The Academy is unlikely to ever change the type of movies it tends to award, the best we can apparently hope for are changes in subject & cultural representation. Enter Judas and the Black Messiah, an Awards Season historical drama about a charismatic, radical Black Panther Party leader who was assassinated by the FBI when he was only 21 years old. If the Oscars nomination machine is only going to recognize sobering dramas & grim actors’ showcases, then at least we can celebrate that one of this year’s chosen few is a Trojan Horse for leftist, Revolutionary politics.

Daniel Kaluuya stars as Fred Hampton, the aforementioned Black Panther organizer who was murdered in his sleep by the FBI (a real-life biographical detail that recalls the recent police-state execution of Breonna Taylor). Hampton’s internal life is kept at a careful distance here, as the movie is more interested in his Political Importance, especially in his ability to captivate & motivate large, diverse crowds with passionate speeches about wealth distribution & racist police-state violence. Our POV character is the undercover FBI informant who sold Hampton out to the pigs, Bill O’Neal, played by LaKeith Stanfield. At its most enthralling, the movie focuses on Stanfield’s self-conflicted & self-loathing inability to stop the momentum of Hampton’s assassination once he’s already pushed those events in motion. He gradually realizes how insidious of a lie it is that the FBI frames the Black Panther Party to be just as hateful & anti-American as the Ku Klux Klan (a lie that I remember being taught as a kid myself), but by then his betrayal has already snowballed out of his control, which accounts for most of the film’s dramatic tension.

Judas and the Black Messiah is caught between two extremes; it achieves neither the thrilling undercover-cop genre subversion of a BlacKkKlansman nor the exquisite art-film portraiture of a If Beale Street Could Talk. In most ways it’s a firmly middle-of-the-road actors’ showcase meant to earn Awards Season buzz for its two central performers, something the movie even directly jokes about when an FBI agent muses that Stanfield’s informant “deserve(s) an Academy Award” for his deception. Kaluuya & Stanfield both deserve awards; they’re among the best working actors we’ve got. It’s just that they most often traffic in the kinds of high-concept genre films that don’t typically get recognized by the Academy (titles like Get Out, Widows, Sorry to Bother You, and Uncut Gems). This is the kind of work they have to put in to earn mainstream accolades, so the best we can do is celebrate that they’re not being used to voice mainstream rhetoric.

Judas and the Black Messiah is at least not a birth-to-death biopic of Fred Hampton; it’s a snapshot of him at the height of his power, arguing for the effectiveness of Revolution over the empty promise of Gradual Reform. Using the Awards Season movie machine to get people re-incensed over Hampton’s execution is a genuine, real-world good. The format might be a little dusty & traditional, but the politics are as relevant & vital as ever.