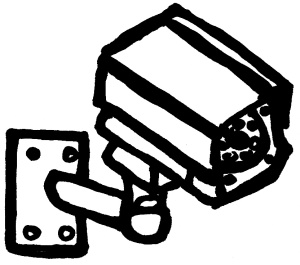 When we were praising the sci-fi fantasy superhero flick Guardians of the Galaxy for our Agents of S.W.A.M.P.F.L.I.X. series last year, one of the things that most impressed me on the rewatch was just how much the Disney-owned Marvel Studios was able to reign in writer-director James Gunn’s nastier tendencies. There’s certainly a sense of tragedy & trauma hanging in the air above Guardians that’s missing from a lot of Marvel’s more whiz-bang blockbuster productions, but it’s far from the gleefully horrific cruelty of other James Gunn creations like Slither & Super. With the follow-up to that surprise 2014 hit approaching this summer, however, it’s actually kind of endearing to see Gunn return to the cruelty of his smaller, meaner works in his latest-produced screenplay. Released by the kings of cheap, but effective horror in the 2010s, Blumhouse Productions (who’ve recently had big enough hits in both Split & Get Out that they could probably just coast for the rest of the year), the Gunn-penned exploitation piece The Belko Experiment finds the once-restrained prankster shaking off the Disney cobwebs and returning to the gleeful brutality that defined his career before he was a widely-recognized name.

The poster for The Belko Experiment plainly promises a “Office Space meets Battle Royale” genre mashup and that five-word descriptor might as well serve as the film’s IMDb plot synopsis. A Columbian office building staffed with mostly foreign, English-speaking workers is shut down by mysterious, off-screen forces who prevent escape for the employees trapped within by barricading all doors & windows. The imprisoned population is instructed over an intercom to murder thirty of their own coworkers within a certain timeframe or sixty will be killed as punishment. Non-compliance means that participants’ heads will be exploded by a remotely detonated bomb. Of course, grabs for power arise within the group as former bosses attempt to pull rank among their now-equal employees and “fire” them with the aid of the security guard’s firearms. Our hero (10 Cloverfield Lane‘s John Gallagher Jr.) attempts to put an end to this disgusting, brutally violent mode of corporate ladder-climbing early & often with rationalized pleas for peace, but the killings continue anyway. As the experiment goes on it becomes apparent that no character, no matter how harmless or affable, is safe from being murdered in cold blood and that this is the kind of nihilistic exploitation exercise that deliberately avoids any possible chance of a “happy” ending.

This high-concept premise makes The Belko Experiment out to be something like a bloodier, corporate-set version of the recent sci-fi cheapie Circle. It initially traffics in the same social science philosophy in rationalizing who “deserves” to survive and what makes one life more “worthwhile” than another (youth, parenting, wealth, etc.), but honestly that’s far from its #1 concern. Mostly, Gunn just tries to have fun with his eighty or so archetype characters that populate the Columbian office building setting by strategically ending their lives for maximum comedic shock value. It’s clearly a video game-style premise, with explicit rules & objectives set by an off-screen gamemaster, but the film does manage to squeeze a few good corporate satire jabs out of the format. I was especially tickled by the way the basic concept of productivity quotas & metrics that drive capitalist enterprise were translated directly into lives lost in the film’s ridiculous dog-eat-dog fight for survival. There are some Trump-like platitudes about how to survive in the business world like, “We have to be bold here. This is not a time for timidity,” and some music choices like an elevator-friendly, Spanish-language version of “I Will Survive” that also got a good chuckle out of me. The Belko Experiment excels when it jokingly focuses on its fictional company’s eerie slogan, “Business without boundaries,” and in other jabs at corporate office culture, but not so much when it asks big questions like whether it’s best to futilely attempt to save everyone or strive for the seemingly more attainable goal of just saving yourself.

My one major problem with The Belko Experiment seems antithetical to what I thought made Gunn’s Guardians of the Galaxy film so enjoyable: it’s just not cruel enough. This is a bloody film with a ludicrously high body count and, yet, it seems to be shy of practical effects gore. If you compare the violence in this film to the recent superhero bloodbath Logan, the kills have a weightless frivolity to them that I think undercuts the film’s nihilism. The only time The Belko Experiment attempts to get truly grotesque in its gleeful ultraviolence is when one character’s skull is caved in with repeated blows from an axe. The cuts in that scene are rapid, though, only briefly flashing the consequences of the axe’s blows before shying away to focus elsewhere. If the film’s nihilism is supposed to mean just as much as its satire of office environment power structures, it makes no sense to shy away from the physical consequences of the violence in this way. The movie proudly displays plenty of blood. It was just lacking in viscera.

Maybe that one sticking point for me was a result of The Belko Experiment‘s allowance of gun violence to enter the scenario. Its office supplies murder weapons (including tape dispensers, letter openers, meat cleavers, Molotov cocktails, etc.) made much more interesting, grotesque kills. The film could’ve easily pushed the novelty & brutality of its high-concept scenario much further by sticking to that set-specific limitation. Still, The Belko Experiment was a decent exploitation exercise in all its own bloody-but-not-gory glory. If nothing else, it’s great to see James Gunn’s sick sense of humor return to the screen unfiltered and, given the current hard right shift of our political climate, a violent corporate culture parody might be the exact kind of mildly satirical schlock we need right now.