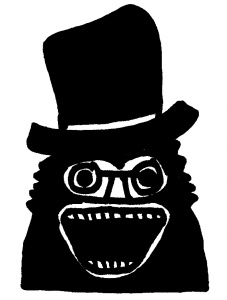 Writing about memes is silly business. By the time I publish this piece, it will have been well over a week since the story of the Babadook’s strange path to becoming an LGBTQ icon peaked, which in internet terms is a relative eternity. It’s still a funny story, though. Reportedly, a Netflix user noticed that the Jennifer Kent-directed instant cult classic horror The Babadook had been mistakenly filed under the LGBTQ Cinema category on the site’s streaming service. Users across social media platforms like Tumblr & Twitter then ran with the mistake, declaring the Babadook to be a gay icon. There has since been an immeasurable flood of memes inserting the Babadook into rainbow flag backdrops, stills from RuPaul’s Drag Race, and any other queer spaces that could easily be ‘Dooked. There have even been in-the-flesh sightings of the Babadook at Pride parades and the filming of the Drag Race finale. It’s been a bizarrely fun way to kick off 2017’s Pride Month​ celebrations and, unlike most memes, I hope this one never dies. 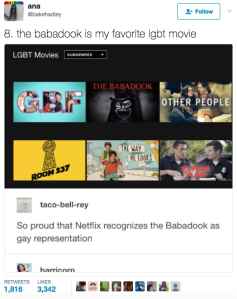 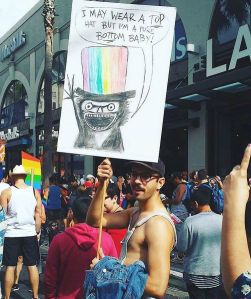 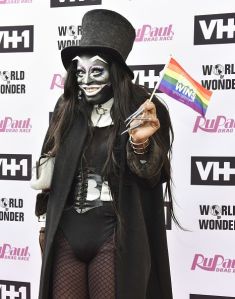 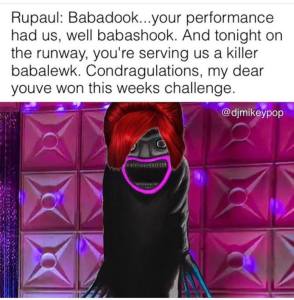 On one of our fist posts as a site, we declared The Babadook to be one of the best films of 2014, a very close second to the South Korean sci-fi epic Snowpiercer. We did not, however, have Netflix’s courage to declare that the film qualifies as LGBTQ content. It’s funny to return to Kent’s film now in search for glimpses of queerness, a context that was presumably far from anyone’s mind, Kent’s or otherwise, when it was first produced. It’s easy to make flippant jokes (and plenty have) about the Babadook’s dramatic presence in the arts (a children’s book about himself), how he’s a fancy dresser (complete with a signature top hat), how he’s kept locked away in a closet (actually, it’s a basement, but whatever), and his tendency to chat at length on the phone (about himself). If you really want to reach for something more substantive, I guess you could find interesting subtext by looking to the scene where the main character is prevented from masturbating with her ancient sex toy as an act of sexual oppression or by considering the fact that the Babadook himself is oppressed but never truly goes away as a kind of metaphorical struggle. The joke, though, is not necessarily that the film The Babadook is gay, but that its titular character is. This is still a film about a parent’s daily struggle with grief, depression, and resentment of their own child. The monstrous manifestation of that struggle, the Babadook, just happens to be a gay character within that story (according to current kayfabe, at least).

Keeping that separation of narrative and character in mind, there is something undeniably gay about the Babadook: he barely appears onscreen. In GLAAD’s recent scathing report on LGBTQ​ representation in major Hollywood productions, the organization took major studios like Disney & Sony to task for the pitifully minuscule amount of screentime they afforded queer characters in 2016. In one of the most absurd (and most damning) factoids from the report, it’s stated that the Lonely Island comedy Popstar: Never Stop Never Stopping accounted for 20% of all LGBTQ representation in major Hollywood productions last year, all because of a single Macklemore-spoofing song that satirizes a “no homo” brand of mainstream queer acceptance. Yet, you’d think that things were getting better than the report suggests, thanks to overblown flashes of queer representation like a suggestive campfire confession in the latest Power Rangers movie or an equally vague hint of LeFou’s homosexuality in the latest Beauty and the Beast. Audiences desperate for queer content will look for same sex romance in slightly suggestive friendships between characters like Poe & Finn in The Force Awakens or Steve & Bucky in the Captain America series, despite there being very little to support it, even in terms of subtext. Fans have to reach for those unspoken romances & declarations of queer identity because there’s nothing explicit to hold onto in most mainstream Hollywood productions. Worse yet, corporations like Disney will encourage this desperation because it sells tickets in certain demographics, yet they will do little to follow through on the promise.

The Babadook knows the struggle between lip service & onscreen representation all too well. His name is often spoken and his 2D image sometimes flashes in the form of his eponymous children’s book, but Babs himself does not appear onscreen until over halfway into the film. He’s relegated to the shadows, mostly locked away from eyesight, and the audience is blocked from getting the ‘Dook they want so badly. If we’re going to establish as a culture that the Babadook is gay, we’re also going to have to accept that the way he’s villainized and minimized in his own damn movie is sadly typical of how queer characters are represented onscreen. As an Australian indie director working on a minor budget, Jennifer Kent is far from a Hollywood big shot (and, breaking kayfabe for a minute, The Babadook is far from an LGBTQ film). It is funny, though, that as her horror genre monster has been gleefully co-opted as a queer icon that his minimized screen presence incidentally mirrors the way LGBTQ characters are typically represented (or not represented) in major Hollywood productions. It’s almost as funny as it is monstrously depressing.