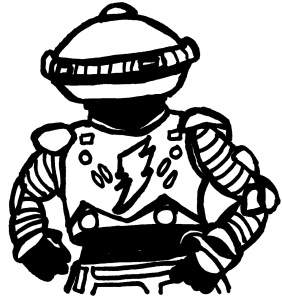 I cried during a Power Rangers movie. I’m not sure if that’s something to be proud of or embarrassed by, but it’s true regardless. The last thing I would have expected from a superhero origin story that’s simultaneously a reboot of a 90s nostalgia property and a long-form Krispy Kreme commercial is that would bring a tear to my eye, but it happened several times throughout the latest Power Rangers film. Long before Power Rangers is overrun with alien sorcery, robot dinosaurs, and corporate-made donuts, it shines as a measured, well-constructed character study for a group of teenage outsiders longing for a sense of camaraderie, whether terrestrial or otherwise. Isolated by their sexuality, their position “on the spectrum,” their responsibility of caring for ailing parents​, and their past bone-headed mistakes, the teens who eventually morph into the titular Power Rangers are a broken, lonely lot. Their gradually-earned cohesion as a team of superheroes who sport what look like full-body bike helmets & drive robo-dinos through the streets of their home town looks an awful lot like nearly every generic action thriller released in the wake of the ongoing MCU & Transformers franchises, but it means so much more here than it does in the similar, but lesser work of its contemporaries. Just thinking about the film’s, “Together we are more” tagline gets me a little emotional. The only way you can earn that kind of genuine outsiders-vs.-the-world pathos is by investing real time & genuine effort in character work before your teen heroes suit up & kick alien ass, which is exactly what makes Power Rangers such an overwhelming success.

Now that I’ve gotten that confession about my idiotic blubbering out of the way, it’s time to admit that this is still a deeply silly film adapted from even sillier source material. It takes a long while before the audience gets to see fully-costumed Power Rangers battling their sworn enemy Rita Repulsa and her rock monster army of “puddies,” but the film announces the silliness at its core right out the gate. The very first scene in Power Rangers involves a prank that escalates to one teen jerking off a bull and another crashing into several cop cars. Off-handed references to cramming crayons into assholes & masturbating in the shower similarly cut through the heavy-handed teen drama, despite its team-building training montages and its campfire confessions about what’s been getting the poor lot down. From there, Power Rangers embarks on a daring journey of cobbling together several genre-disparate films from cinema past: The Breakfast Club (where a group of alienated teens on weekend detention struggle to relate to peers outside their respective social circles), Explorers (where kids stumble into an out-of-this-world adventure after discovering a real-life space ship), Chronicle (I have no idea what that one’s about; it just sounds right), and so on. Just about the only movie Power Rangers doesn’t resemble in some way is the 1995 feature Mighty Morphin Power Rangers: The Movie, which arrived during a very specific era of ooze-obsessed children’s media. Instead of that film’s purple slime, you have to settle for a little post-Dark Knight grim & grime, but the 2017 version does find its fair share of heightened camp within its few recognizable actors: Elizabeth Banks as a drag routine version of Suicide Squad‘s The Enchantress, Bill Hader as a pot-bellied robot named Alpha 5, and Bryan Cranston as an all-knowing, floating alien head named Zordon (not to be confused with Zardoz), who more than vaguely resembles the Engineer aliens from Prometheus. And by the time the whole thing reveals itself to be a feature-length ad for Krispy Kreme donuts, the emotional resonance of its character-driven build-up is an absurd thing to have to reconcile with its campier tendencies.

The machinations necessary to set the cookie cutter plot in motion aren’t all that interesting to recount. Five teens gather at an operational gold mine for various personal reasons, discover color-coded Infinity Stones/Coins, board a buried space ship, and wind up staging a battle against a 65 million year old mummified alien and her gigantic, liquid gold prometheus. It’s all simple enough. Much like how Lucas Black spent the entirety of Tokyo Drift searching inside himself for the ability to drive sideways, these teens come together to look inside themselves for the ability to “morph” into their inner Power Rangers & form Voltron to defeat the evil, donut-eating space alien. If I were a little more academic and a lot more frivolous I’m sure I could mount an argument about how the team of horny teens’ initial failure to morph is metaphorically related to their frustrated inability to achieve orgasm. This subtext almost becomes explicit in a transition where the Yellow Ranger’s campfire confession of her closeted queer identity is immediately followed by Rita Repulsa appearing under her sheets and roughing her up in her bedroom. The truth is, however, that the gang’s transformation into an ancient, transferable line of intergalactic superheroes isn’t nearly as well thought-out or thematically rich as the various revelations of their troubled home lives, nor does it need to be. Beating up giant golden monsters in dinosaur-shaped mech suits is rad enough on its own not to require any such justification. This is a superhero origin story about a group of teens saving the world by learning to perform a communal, pro wrestling-style suplex on a giant space alien baddy. How much more plot do you really need?

I’m of two minds about the 2017 Power Rangers movie. On the one hand, I was totally on the hook for its emotional character work where isolated teens console each other with lines like, “You did an awful thing. That does not make you an awful person,” and discover a newfound sense of community among themselves. At the same time, I was tickled stupid by its robo-dino battles, donut-flavored ad placement, thrash metal Tai Chi, and self-deflating meta humor, like when Hader’s pudgy robot declares, “Different colors, different kids, different color kids!” Overall, this is a nostalgia-minded camp fest that’s not at all above cheap pops like briefly playing the 90s “Go Go Power Rangers” theme during its climactic battle. In the long run, it’ll likely lead to nothing more than a handful of forgettable, diminishing returns sequels. I still bought right into what it was selling, though, just like I greedily ate up every other recent reboot of similar bullshit media I loved as a kid: Ghostbusters, Goosebumps, Teenage Mutant Ninja Turtles, etc. Maybe that makes me a sucker & a rube, but this rube had a good laugh and a good cry at a kids’ movie this past weekend, which is more than anyone should have been able to ask for out of a property this old & this inane.