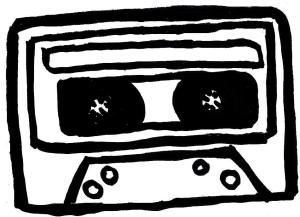 It’s a goddamn shame that in her two decades of directing features, Scottish auteur Lynne Ramsay has only been able to secure financing for four directorial efforts. What’s more of a personal shame for me is that I haven’t yet made a point to watch all of her available works. I’m in love with the darkly amusing, surrealist nightmare of 2011’s We Need to Talk About Kevin and her upcoming thriller You Were Never Really Here is my most anticipated film of 2018, but I’ve been slow to pull the trigger on her two earlier features until now, a grotesque oversight on my part. Speaking of grotesque, Ramsay’s precursor to We Need to Talk About Kevin is one of the grimier, more sickly features I can remember seeing in a long while. Morvern Callar feels less like an original screenplay than it does like a feature film adaptation of a crumpled-up Polaroid Ramsay found in a sewer. Along with a fearless performance from indie movie mainstay Samantha Morton, Ramsay’s direction & scum-coated visual language capture a very specific phase of soul-crushing grief: the stage where you stumble in total shock, only emerging from drunken stupors long enough to pray for the release of death. The film is nowhere near as satisfying as We Need to Talk About Kevin on a technical or narrative level, but stylistically speaking it’s just as powerful & willing to lunge directly at the audience’s throat, a visual ferociousness I can’t help but appreciate.

Morton stars as the titular Morvern Callar, a twenty-something party animal who awakes from a blackout to discover her boyfriend dead from suicide. As Morvern ponders her plight in the sad glow of their shared apartment’s blinking Christmas lights, the movie threatens to sink into the slow, grainy quiet of a Kelly Reichardt film. That quiet, reflective gloom does not last long. Morvern’s response to her boyfriend’s death is much more akin to the behavior of a raccoon or an opossum than it is to a human being. She allows his body to rot on the floor for days before deciding to chop it up & bury it, keeping the funeral money he left behind for herself & selling his novel manuscript to a publisher under her own name. She uses the resulting cash flow to fill her days with hedonistic distractions: drugs, parties, vacations with her bestie, bad sex. The whole movie dwells in a kind of desperate attempt at fun! meant to hold her grief at bay, as she keeps the opening tragedy to herself as a secret. I’m not sure this nightmare vision of grief & desperate distraction is ever as strong as it is in the first party she attends almost immediately after discovering her boyfriend’s body. A disorienting mosaic of dancing, fire, broken glass, and drug-rotted sex, the earliest party sequence dunks the audience’s head in ice cold water as an open, honest threat about the meaningless debauchery to come. Morton barrels through it all with a nasty, heartbroken fervor and Ramsay matches her feral energy with an appropriately devastating sense of grime.

I can’t honestly say that Morvern Callar sustains the brutal intensity of that initial party sequence for its entire runtime, but it’s never dull or dispirited. The film plays like an pus-infected inversion of Eat, Pray, Love, with Morvern attempting to transform into a different person through self-indulgence & travel. Instead of “finding herself,” however, she’s more attempting to lose herself. For her part, Ramsay never loses track of the grief or desperation at the center of this quest, but she does often threaten to make it look cool. An incredible soundtrack stacked with some of the greatest pop acts of all time (Broadcast, Stereolab, Velvet Underground, Ween, etc.) combines with intensely colored lights & grimy punk energy to almost estimate the dressed-down chic of a fashion shoot or a music video. Ramsay’s sensibilities are too stomach-turning & sorrowful for Morvern Callar to fully tip in that that direction, though, and the movie ultimately comes across as incredibly sad. It’s the same odd balance she struck in We Need to Talk About Kevin, a tone she collaboratively establishes through heartbreaking performances from Samantha Morton & Tilda Swinton, respectively. I’m excited to see how that tonal tightrope is managed in the rest of her work, but saddened to know it won’t take much effort for me to fully find out.