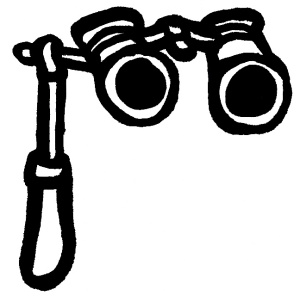 The mildly kinky teen sex melodrama Cruel Intentions was a major cultural event for audiences in my exact age range. I doubt I’m alone in my personal experience with the film in saying that running my VHS copy into dust in the early 2000s actively transformed me into a burgeoning pervert (and passionate Placebo fan); it was a kind of Millennial sexual awakening in that way. Still, I was shocked & amused to see Cruel Intentions return to theaters for its 20th anniversary last month as if it were a legitimate cultural touchstone instead of a deeply silly, trashy frivolity that just happened to make the right teen audience horny at the exact right time. The commemorative theatrical experience was perfect, with fresh teens in the audience who had obviously never seen the film before gasping and heckling their way through the preposterous, horned-up picture in amused awe. I even somehow found new appreciation of & observations in the film seeing it projected on the big screen for the first time, instead of shamefully watching it alone in my high school bedroom. Some discoveries were positive: newfound admiration for Selma Blair’s MVP comedic performance; awe for how much groundwork is laid by the costume & production design; the divine presence of Christine Baranski; etc. Others haven’t aged so well: its flippant attitude about sexual consent; the teen age range of its central players; its casual use of homophobic slurs; and so on. The most significant effect this 20-years-later return to Cruel Intentions has had on me, though, was in convincing me to finally seek out the work that most directly inspired it – not the 18th Century novel Les Liaisons Dangereuses that “suggested” its writing, but rather that book’s 1988 film adaptation, which Cruel Intentions closely mimics to the point of functioning as a feature-length homage.

Winning three Academy Awards and overflowing with stellar performers at the top of their game (Glenn Close, John Malkovich, Michelle Pfeiffer, Keanu Reeves, Peter Capaldi and Uma Thurman), 1988’s Dangerous Liaisons is far more prestigious than Cruel Intentions, yet its own recent 30th Anniversary went by largely unnoticed. It’s just as overtly horny & sadistic as Cruel Intentions but combines those impulses with the meticulously staged pomp of lush costume dramas – recalling the peculiar tone of genre outliers like Barry Lyndon & The Favourite. Since they both draw from the same novel for their source material, it’s no surprise that this film telegraphs Cruel Intentions’s exact plot: Glenn Close exacts revenge on a romantic rival by dispatching John Malkovich to relieve her of her virginity before marriage (to ruin her with scandal), while Malkovich has his own virginal target in mind that presents more of a challenge (only to inconveniently fall in love with his chosen victim). What shocked me, though, is how much of Dangerous Liaisons’s exact dialogue was borrowed wholesale for the latter film, especially in early parlor room discussions of Close & Malkovich’s respective schemes. Furthermore, Ryan Phillipe’s performance in Cruel Intentions is apparently a dead-on impersonation of Malkovich’s exact line-deliveries & mannerisms, and his opening scene therapist (Swoozie Kurtz) also appears in Dangerous Liaisons as the guardian of one of his sexual targets (later played by Baranski). Cruel Intentions’s title card announcing that it was “suggested by” the 18th Century novel Les Liaisons Dangereuses plays almost a flippant joke in retrospect. The film is clearly a direct remake of its 1988 predecessor, just with some updated clothes & de-aged players to make it more commercially palatable to a late 90s audience. It’s no surprise that I was an instantaneous fan of Dangerous Liaisons on this first watch; I’ve already been a fan of it for two decades solid, just distorted through a late-90s lens.

Cruel Intentions arrived at the tail end of many classic literary works being reinterpreted as 90s teen romances: Emma in Clueless, The Taming of the Shrew in 10 Things I Hate about You, Othello in O, etc. The erotic nature of the source material makes Dangerous Liaisons an awkward candidate for that adaptation template, especially if you pause long enough to consider Selma Blair’s character’s age range as a high school freshman entering the scene . . . Many of its choices in how to update the material for a 90s audience makes total sense: gay sex, racial politics, drug use, etc. I was shocked to discover, however, that the incest element of Cruel Intentions (in which two siblings-by-marriage tease each other throughout) was a complete fabrication. Close & Malkovich are ex-lovers in Dangerous Liaisons, not sister & brother. It’s difficult to parse out exactly who Cruel Intentions was appealing to in that added layer of incest kink, then, since that’s not the first impulse that comes to mind in catering to modern audience sensibilities. Weirdly, that’s one of the film’s more invigorating additions to the Dangerous Liaisons lineage. Overall, there is a noticeable potency lost in the modernization. Characters peeping through keyholes, foppishly being dressed & perfumed by their servants, and firing off barbed phrases like “I’ve always known that I was born to dominate your sex and to avenge my own” feel like they’re getting away with something you can only do in period films, and Dangerous Liaisons benefits greatly from that setting. Still, the way Cruel Intentions translates that dated eccentricity to mocking the perversions of the young & wealthy with too much power & idle time is a rewarding conceit. They look & sound utterly ridiculous in their modernization of the exact horned-up affectations of Dangerous Liaisons’s central players, which is just as uncomfortable considering their age as it is appropriate for their level of privilege: the rich are ridiculous perverts, always have been.

Cruel Intentions is too trashy & commercially cynical to match the soaring heights of Dangerous Liaisons creatively, but I do contend that it admirably holds up on its own. No one in the latter film delivers anything half as compelling as Close’s Oscar-nominated performance of cunning sexual confidence, but Phillipe’s impersonation of Malkovich’s’ villainy is highly amusing in a modern setting. Similarly, Selma Blair’s campy performance as his youngest victim shares a direct lineage with Keanu Reeves’s wide-eyed naivete in Dangerous Liaisons; they both had me howling in equal measure and there wasn’t nearly enough screentime for either. I can’t objectively say that revisiting Cruel Intentions is worth your time if you didn’t grow up with it as a sexual awakening touchstone the same way so many kids of my generation did, but I can say that if you are one of those Millennial perverts, Dangerous Liaisons is required viewing. You already love it whether or not you’ve already seen it.