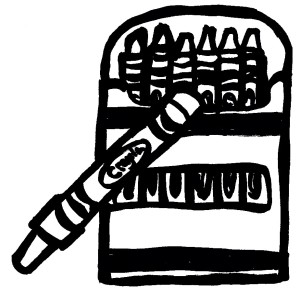 Taika Waititi very nearly made my favorite movie released in the US last year. The vampire mockumentary What We Do in the Shadows was just barely edged out of my Best of the Year spot by Peter Strickland’s immaculate art piece The Duke of Burgundy, but that might merely be due to a larger, cultural tendency to devalue comedies as high art. Waititi’s horror comedy is one of the more quotable,endlessly watchable films I’ve seen in a long while and suggests a glimpse of a comedic master at the top of his form. Imagine my surprise, then, when I discovered that What We Do in the Shadows wasn’t even the best title in the director’s catalog to date, not by a long shot.

Before the release of Waititi’s cult hit television show Flight of the Conchords & his ultra-quirky romantic comedy Eagle vs Shark, he began working on his most personal work, his most obvious passion project: Boy. Boy wouldn’t reach theaters until Conchords & Eagle had already seen the light of day, however, as Waititi had the good sense to let the film fully incubate before hatching. A film centered on the Maori people (the indigenous Polynesian people of New Zealand & Waititi’s own heritage), Boy eventually stood as the highest-grossing film in New Zealand’s history, obviously striking a chord with a lot of the country’s citizenry. Still, it took two years for the film to earn US distribution despite this success and it barely made a splash once it crossed over. No matter. Waititi made a deeply personal, insular film that exquisitely captures the fantasy-prone imagination of young children’s minds in a way that feels wholly authentic and endearing. Boy is by every measurement a triumph. It’s at times hilarious, devastating, life-affirming, brutally cold, etc. Waititi risked taking his time to deliver a fully-realized, personal work on his own terms and the final product moves you in the way only the best cinema can.

Set in 1984 New Zealand, Boy follows an impoverished community of Maori people, particularly children, through a seasonal slice of life change/growth. The film’s protagonist, the titular Boy, dreams of escaping his community’s limited freedoms when his father returns home from prison/life on the road. Despite the divine reverence Boy holds his father in, the reality of the man is more akin to any petty thief/wannabe biker shithead who treats cheap thrills & even cheaper marijuana in higher regard than his own family. Boy thinks is father is so cool, but the truth is he’s a selfish man-baby just waiting for the next opportunity to break his son’s heart. Waititi himself does a great job performing as Boy’s deadbeat dad, mixing just enough Kenny Powers/Hope Anne Gregory selfishness into his personality to make it obvious why he’s an unfit parent, but leaving enough likeability floating to the surface so that it’s still believable that his son would want to follow in his buffoonish footsteps. The child actors in Boy are similarly phenomenal & nuanced, which is all the more impressive considering Waititi made some last minute casting changes before filming.

Boy pulls off the next trick of starting as a hilarious knee-slapper of a childhood-centered comedy, but then gradually laying on an emotional engine that could choke you up if you allow it to hit home by the third act. It’s difficult to tell exactly how much of the film is somewhat biographical to Waititi’s personal life, but the film does display an intimate, heartfelt familiarity with its plot & characters that wholly sells their potency & nuance. Temporal references like Michael Jackson & E.T. mix with crayon sketches & magazine collage fantasies that perfectly capture a very specific mind in a very specific space & time. With his last two films, Boy & Shadows, Waititi seems to be on a bonafide roll, firing on all cylinders & fully realizing the worlds he set to illustrate. I can’t even begin to describe how excited I am to see this streak continue in his upcoming Thor & Hunt for the Wilderpeople movies. He’s one of the few directors working right now whose mere name makes me giddy.