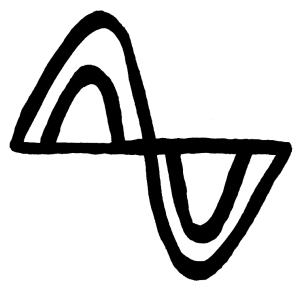 As a latecomer to his oeuvre, getting to know Yorgos Lanthimos as an auteur over the past decade has been a disorienting experience. The first film of his I ever caught was The Lobster – a coldly emotionless, abruptly violent farce that bizarrely parodies the socially accepted norms of dating rituals. Each film since has been a bewildering journey, as if I was tasked to put together the jigsaw puzzle of what he’s attempting to accomplish in his films without having seen the reference picture on the box it arrived in. I finally clicked with Lanthimos on The Favourite, but that film felt like the director meeting latecomers more than halfway – staging his usual emotionless trauma-comedies in a context where we’re more used to stilted, carefully veiled viciousness: the costume drama. Pure Lanthimos oddities like The Killing of a Sacred Deer—while amusing—still escaped me as a something I could fully embrace as personal favorites. It turns out that the answer key to fully comprehending Lanthimos’s Whole Deal was hiding in plain sight in the most obvious place: his breakthrough calling-card picture, Dogtooth.

Dogtooth is often mistaken to be Lanthimos’s debut feature as a director, despite being his third completed film, because it was the first to land his name on the international stage. For a solid decade I’ve heard flummoxed mumblings of how traumatizingly fucked up & darkly funny the film is from friends – to the point where I was actively dreading the experience of watching it, as if it were some depraved shock value gross-out like Martyrs, The Human Centipede, or A Serbian Film. I envy the audiences who stumbled upon Dogtooth totally unprepared without this decade’s worth or word-of-mouth build-up. Even with the warning, the film is surprising from start to end – both because it didn’t live up to the pointless, abject cruelty I had envisioned in my head and because it’s so far removed from recognizable human behavior that it was impossible to predict from scene to scene. More importantly, seeing Dogtooth early would have been helpful as a guiding roadmap to Lanthimos’s disorienting oeuvre. It’s a concise distillation of what the filmmaker has been delivering in each feature since: viciously traumatic hangout comedies. I think I get it now.

Three teenage siblings are raised in a walled-off Greek home, isolated from the world outside. That’s not to say that they’re merely physically imprisoned in their familial compound. They’re also intellectually cut off from the outside world via a radical homeschooling experiment conducted by their irrationally protective parents, one that scrambles their understanding of basic social concepts: the definitions of random vocabulary words, the mysterious nature of airplane technology, the mechanics of sex & romance, the production of entertainment media, etc. This is a plot template we’ve since seen echoed in raised-in-captivity films like Room & Brigsby Bear, but never with the specific, comically cold detachment Lanthimos injects into the material (and all material he touches). Although overflowing with difficult-to-stomach taboos like incestual rape & grotesque body horror, Dogtooth somehow always makes room to chuckle at the understated absurdity of its premise. By constructing such a bizarrely artificial, aggressively arbitrary version of insular familial socializing, it manages to have an indicting laugh at the way all familial bonds are arbitrarily established & enforced. It’s also in no rush to hammer that point home, either. Lanthimos instead forces us to stew in the discomfort, morbidly lingering on the absurd mechanics of the preposterous youth-in-captivity torture he’s envisioned.

If I had caught Dogtooth when it first reached the US in 2010, I might have been able to appreciate it purely as an absurdist portrait of the horrors of homeschooling. In 2020, I can’t help but view it as a primordial version of the director’s ice-cold oddities to follow; it’s most interesting to me in direct conversation with his later work. In either instance, I don’t know that I ever would have had the chance to fully fall in love with it. Excepting The Favourite, I always find Lanthimos’s work to be admirably unique & chilling, but not exactly My Thing. Dogtooth was no different in that respect. It did open me up to a better understanding of the director’s catalog at large, though, a clarifying primer I should have sought out much sooner than I did.