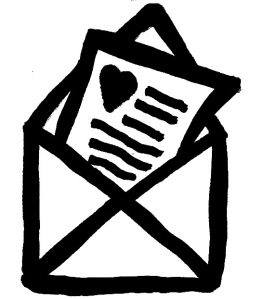 When Boomer reviewed Autumn de Wilde’s recent adaptation of Jane Austen’s Emma, he approached it from a state of deep genre fatigue. He wrote, “Its biggest weaknesses are not in the film itself, but in its timing. If it wasn’t nipping at the heels of Little Women and Portrait of a Lady on Fire, I’d be spending a lot more time gushing over its color palette and period costumes, but despite the vibrancy and the spectacle of virtually every piece of clothing, I wasn’t as blown away as I would have liked to be.” This is certainly a valid POV in approaching the film. At least, it’s one I’ve seen validated by many other critics’ & audiences’ response to the movie – citing it as one of this season’s lesser specimens of its “genre” or, worse, an admirably solid adaptation of a book & character most people don’t seem to like to begin with. No matter how many times I see this sentiment repeated, though, it’s one I cannot match in my own, much more enthusiastic appreciation of Emma. It’s somewhat embarrassing to admit, but I found a stronger personal connection to Emma. than I did with any one of the more Prestigious films of recent years on a similar wavelength: The Favourite, Little Women, Love & Friendship, etc. I liked all those movies a great deal and understand that any one of them would be a more respectably Intellectual choice as a personal favorite, but I really can’t help it. In my eyes, Emma. is a great work of that same caliber, if not higher.

Even from Emma.’s (admittedly mild) detractors who might dismiss it as a decent 3-star frivolity, you’ll hear concessions that it looks great. Its confectionery production design and deviously playful costuming are too intoxicating to ignore, even if you find the comedy of manners they service to be a bore. That visual achievement is no small, ancillary concern in my estimation. Its confectionery aesthetic is a significant aspect of its substance as a work of art, not least of all because cinema is an inherently visual medium. Director Autumn de Wilde is primarily known as a portrait photographer – making a name for herself shooting musicians’ album covers before transitioning into filmmaking through the music video. A strong, precisely defined visual style is essential for an artist of that background (consider the stylistic hyperbole of Hype Williams’s Belly) and it’s a genuine thrill to see that crisp, modern formalism applied to a period piece (consider Sophia Coppola’s Marie Antoinette), given how stuffy & buttoned up the costume drama can feel at its laziest. There’s a tendency to devalue the visual artistry of fashion design & carefully curated color palettes as secondary concerns in cinema, as if they only exist to serve more Important criteria like performance & plot. Personally, I often find them far more exciting than those more frequently discussed concerns – especially in the “costume drama,” where costuming is emphasized right there in the name. When, for instance, Emma wears a free-floating lace collar as if it were an S&M-inspired choker or wears an overly frilly perfumed ornament that dangles from her hair like a mace, it’s more thrilling to me than any action sequence in Fast & Furious or Mad Max: Fury Road could ever be.

Of course, Autumn de Wilde’s precise eye for visual composition extends from what her characters are wearing to how they are positioned in the frame. Emma. is largely a story about the politics of social hierarchy among wealthy 19th Century fops (dressed up as a tittering rom-com about a misguided matchmaker), so much of its minute-to-minute conflicts are hinged on microscopic social cues in both spoken dialogue & performed body language. The film dutifully allows Austen’s dialogue to speak for itself on this highly stylized stage, but it does add its own spin to the source material by paying careful attention to blocking. Characters are constantly maneuvering their bodies in private parlors & public spaces to communicate unspoken dominance & conflict with their social adversaries. Emma Woodhouse herself has more perceived adversaries than most, as someone who constantly plays with social configurations as an idle pastime, so she’s the most obvious example of this purposeful body language display. When she spies through a store window that a new person is entering the room, she prepares by positioning her body in the most advantageous position she can manage, like a war general seeking higher ground. When she greets a potential beau who she finds romantically intriguing in her private greenhouse, she shifts her position to where the glass pane with the best lighting hits her just right with an artificially warm glow. Seemingly simple conversations in the film visually play out like complicated dances as characters mechanically shift around each other in closed-off rooms, an attention to blocking that’s emphasized by an elaborate ballroom scene where those body language politics become unavoidably explicit. It’s framed as being deliberate choices made by the characters themselves, but I think it also reflects the film being the vision of a director with an eye for how figures are arranged in photographic compositions.

As sharp as de Wilde’s visual compositions are in this debut feature, I can see how detractors could believe the movie falls short as an adaptation in its unwillingness to tinker with the source material. Emma. will not win over any naysayers who were already displeased with Austen’s novel or Emma Woodhouse as a character. This is a faithful translation from page-to-screen in terms of narrative content, only asserting its own voice on the material through visual style & comedic performance. It works for me, but I was already a fan of the novel before I arrived. Emma Woodhouse is a deeply flawed brat whose lifelong idleness in comfort & wealth has trained her to treat people’s private lives like playthings. Anya Taylor-Joy was perfect casting for the role in that she’s already been walking a tightrope between quietly sinister & adorably sweet since her breakout performance in The Witch. Her dips into thoughtless cruelty at the expense of her social inferiors hit just as hard as the physical comedy of the goofier subordinates she’s adopted as pets (the MVPs in those roles being Mia Goth as her absurdly naive protégée & Bill Nighy as her hypochondriac father). Both Emma’s icy manipulations of her social circle’s hierarchy (disguised as playful “matchmaking”) and her closest family & friends’ pronounced goofiness are majorly enhanced by the buttoned-up tension of the setting, where the smallest gesture or insult can mean The World. The laughs are big; so are the gasps when Emma fucks up by allowing her games to hurt “real” people’s very real feelings. When Clueless modernized the character for the 1990s, it softened the blow of these thoughtless miscalculations by making Emma something of an oblivious Valley Girl ditz. De Wilde’s film makes no such accommodations, sketching her out as a very smart, sharply witted person who should know better (and ultimately learns from her mistakes). Continuing to like her in that context is a bigger leap than some audiences are apparently willing to make.

I really like Emma., both the movie and the character. Autumn de Wilde seemingly likes her as well, even if she can’t resist ribbing her for not being half as smart or talented as she believes herself to be (most hilariously represented in her limitations as a painter & musician). I wish I could fully hinge my appreciation for this movie on its exquisite visual artistry or its shrewdness as a page-to-screen adaptation, but the ultimate truth is that it’s a comedy that I happened to find very, very funny from start to end. Whether that’s because the physical humor hit me just right in its stuffy setting or because I just happen to generally get a kick out of Women Behaving Badly is anyone’s guess. Similarly, I wonder if critics who were underwhelmed by the film in comparison with fellow costume dramas of its artistic caliber just simply didn’t find it humorous, as there’s no rationale that can intellectually save a comedy you simply don’t find funny. No one seems willing to argue that Emma. isn’t accomplished as a visual feat, so I suspect it’s the specificity of the humor or the thorniness of Emma Woodhouse as a character that’s weighing down its initial reputation. Personally, both the quirky character humor and the thoughtless dips into ice-cold cruelty worked for me, and I consider Emma. to be a major work. I doubt I’m the only one.