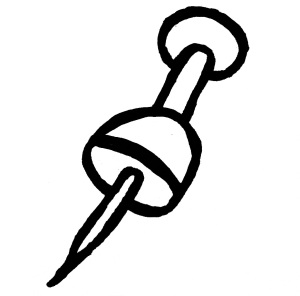 In a thematic sense, it’s near impossible to talk about the eerie, darkly humorous thriller Swallow without comparing it to Todd Hanes’s Safe. In both films, wealthy housewives suffer enigmatic health crises that can’t be controlled or even fully defined by their frustrated doctors & families – evoking a kind of existential horror take on the Douglas Sirk melodrama. They also both reach a third act turning point where their respective protagonists break free from their confined, controlled homelives to seek out a community of their own choosing – disrupting the structure of a typical thriller in remarkably similar ways. As similar as its content may be to Haynes’s prior achievement, however, Swallow has no trouble distinguishing itself as a unique work in tone or purpose. Safe is a pure exercise in mood & atmosphere, avoiding any direct answers as to what physical or cosmic affliction is tormenting its unraveling housewife protagonist beyond a vague association with Multiple Chemical Sensitivity. By contrast, Swallow is much more willing to function as a straightforward genre film, discussing its themes & central conflict in clear, unflinching terms so that it can fully deal with the sinister consequences onscreen. Its wicked humor, squirmy body horror, and open discussions of financial & gendered power dynamics make for an equally disturbing but much more easily digestible picture – pun heavily intended.

The tormented housewife in question here suffers from a psychological disorder known as pica – which prompts her to compulsively swallow inedible objects of increasing danger & difficulty. Outright rejecting any need for subtlety or restraint (two vastly overrated impulses in modern filmmaking at large), Swallow openly acknowledges that this compulsion is its protagonist’s way of exercising control over her body in a closely monitored, oppressively boring life as a domestic servant for her own wealthy husband. Denied privacy, autonomy, and pleasure in all other aspects of her life, she finds a new, exciting fixation in swallowing increasingly dangerous, seemingly random household objects: marbles, thumb tacks, AA batteries, etc. On the surface, she seems to have won the lottery of life – living in the right house, impregnated by the right husband, curating the perfect nuclear home. The way she’s steamrolled & ignored in daily conversation makes her out to be more of home appliance than a living, breathing person, though, so she invents ways to exert control over her life & stir up internal adventures by swallowing forbidden objects. The financial & patriarchal authority figures in her family & medical community might not fully understand why she puts her life (and by extension her fetus’s life) at risk for such an unproductive thrill, but the audience totally gets it – and the horror comes not only from being unable to stop her, but also from being tempted to cheer her on.

There’s plenty of tonal & stylistic choices that distinguish Swallow as a uniquely satisfying work – especially regarding how it plays with genre. The contrast of the cold, crisp, color-coordinated spaces our thumbtack-swallowing heroine occupies emphasizes her need to break free from her domestic prison in nearly every frame. There’s also a deliciously wicked contrast between the humor & horror of her affliction; you both secretly want to see her get away with sneaking the next sharp object down her throat and squirm in anguish as it scrapes against her teeth or is surgically removed. The real distinguishing factor here, though, is Haley Bennett’s performance in the central role. Both Swallow and Safe essentially function as one-woman shows. Bennett had a daunting task in distinguishing her own performance in that paradigm from the living legend who is Julianne Moore, something she seemingly accomplishes with ease. Appearing like a scared child in June Cleaver housewife drag, Bennett conveys a horrific lack of confidence & self-determination in every gesture. Her fragility & despondence under the control of her wealthy, emotionally abusive family make you want to celebrate her newfound, deeply personal path to fulfillment, even though it very well might kill her. As she snacks on fistfuls of garden soil while watching trash TV instead of obeying her family’s orders all I could think was “Good for her!,” which is about as far from the sentiment of Safe as possible. It’s a less opaque, less thematically subtle work than Haynes’s film, which I honestly believe makes for an improvement on the already satisfying formula. It could not have gotten there without the strength of Haley Bennett’s performance though; the whole enterprise rests on her shoulders and she carries it with an astounding ease.