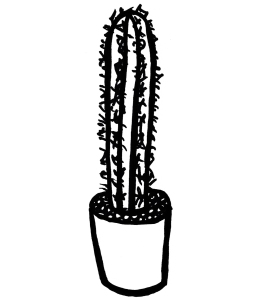 When enticing friends to check out The Twentieth Century, it’s probably best not to lead with plot.  This is a historical retelling of the 1899 campaign for the Prime Minister of Canada.  It focuses mostly on the rise to power of William Lyon Mackenzie King in particular, the longest-serving Prime Minister in Canadian history.  Sounds riveting, doesn’t it?  Luckily, the film is an exercise in pure visual aesthetics & surrealist flippancy, so that the story it tells does not matter at all when compared to the over-the-top indulgences of each in-the-moment gag.  The Twentieth Century is light on historical accuracy and heavy on tongue-in-cheek, kink-flavored eroticism.  It’s a gorgeous, absurdist fantasy piece that retells the history of Canadian governance as “one failed orgasm after another,” which is not at all the dry textbook illustration the premise might suggest.  In fact, it is very, very wet.

The competition for Canadian Prime Minister is represented as more of a dystopian game show here than it is an election.  As distinctly Canadian challenges like passive-aggressively responding to strangers cutting in line or clubbing baby seals to death Whack-a-Mole style add up, it’s clear this film is more of a sketch comedy showcase than it is a Wikipedia bullet point history lesson.  However, unlike most modern comedies, it’s also an over-achieving visual spectacle from start to end, constructing an intensely artificial German Expressionist dreamscape out of hand-built sets, puppets, and traditionalist collage.  In its entirety, The Twentieth Century feels like watching Guy Maddin direct an especially kinky Kids in the Hall sketch that stumbles out into feature length in a dreamlike stupor.  That reductive descriptor can’t fully convey how surprising the film is in its moment-to-moment impulses, though.  It’s formally controlled in its visual aesthetics, but total irreverent chaos in every other sense.

The Twentieth Century is less fascinated with Mackenzie King’s politics as a power-hungry Prime Minister than it is with the more salacious details of his private life, represented here as an occultist quest to cure himself of a fetish for dominatrices and old leather boots.  That self-hatred over his most base impulses is extended to represent the spirit of Canada as a nation: an embarrassed, self-loathing country that strives to convey dignity & poise, but is rotting from the inside in a way it can barely contain.  I’m not a Canadian myself, so I can’t claim that withering self-portrait spoke to me on a personal level.  However, the more universal humor of a self-hating kinkster who can barely conceal their fetishism while attempting to maintain a professional public persona translates extremely well cross-border, as does the film’s more over-the-top, absurdist indulgences: bird puppets, ejaculating cacti, tongue-in-cheek drag routines, etc.  It’s also a constant pleasure to look at, which is an increasingly rare quality in a modern comedy.  I couldn’t help but love it.