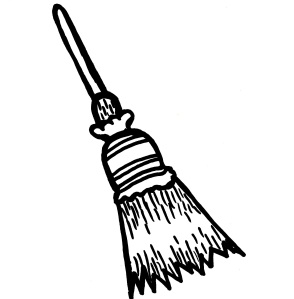 When thinking back on the most striking, most ferociously committed performances I saw in any new-to-me films last year, two of the clear standouts were Suzannah York in Robert Altman’s Images and Glenda Jackson in Ken Russell’s The Music Lovers – underseen, underappreciated gems from otherwise beloved 1970s auteurs. Playing women driven to madness by the unsympathetic, patronizing men in their lives, both York & Jackson are wildly over-the-top in their respective roles, but in a way that fits the volatile melodrama of the material they were given. In a word, their lengthy on-screen freak-outs in those films are spectacular. I was pleased, then, to discover that York & Jackson shared the screen in a 1975 adaptation of Jean Genet’s notorious stage play The Maids – a campy, dialed-to-11 actors’ showcase that allowed the two powerful women to fully run wild without any other actors getting in their way.

Jackson & York costar as incestuous sisters/housemaids who take turns roleplaying as their wealthy employer in elaborate kink games meant to mock her & dominate each other. The Maids‘s stagey limitations prevent it from being anything too exceptional as A Movie, but the central performances & class resentment politics are deliciously over-the-top in just the right way. It would be tempting to call York & Jackson’s performances over-acted, but really they’re just matching the archly over-written source material, wherein Genet turns the pageantry of wealth & class into a grotesque joke. It’s an unignorably cheap display, limited almost entirely to a single bedroom set and the world’s most embarrassing synthetic wigs. York & Jackson are fully committed to the material, though, overpowering the limitations of the production with Theatrical performances so monstrously grandiose & vicious they would make even Ken Russell blush.

On a thematic level, I can think of a few recent films that repeat & perfect The Maids‘s bigger ideas to much more exquisite results. In particular, the way the film fetishizes the employer/servant power dynamic and sarcastically pinches its nose at the stench of poverty, it’s impossible not to recall similar class-kink humor in films like Parasite & The Duke of Burgundy. It’s easy to get wrapped up in those comparisons to superior works, and the overall effect of York & Jackson reading off Genet’s deliberately overwrought dialogue ultimately feels like attending a 90min poetry recital. Still, it’s very much worth seeking out just to witness those two women sparring for dominance in a vicious, tawdry battle. I wish I could say it’s a great Movie overall, but it’s more a showcase for two great performances from women so overwhelmingly powerful it’s amazing that any one movie could contain them both.