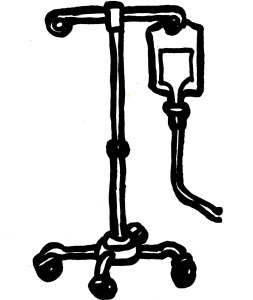 If you ask around for recommendations on the best “bad” movies of 2017, you’re likely to see the title The Book of Henry listed just as often as more obvious (and, honestly, more satisfying) selections like Power Rangers & Monster Trucks. What’s surprising about that is The Book of Henry doesn’t feature the grotesque creatures, cartoonishly eccentric performances, and shoddy filmmaking craft that usually makes a good “bad” movie fun. In fact, on the surface it appears to be a whimsical melodrama about a precocious child’s struggles in an adult world. There’s nothing especially gaudy about its filmmaking craft; if it weren’t for the story it tells you could easily mistake it for a mediocre children’s film. There’s even a cast of familiar, always-welcome faces that should assure the audience that the story it tells is to be taken in good faith: Naomi Watts, Lee Pace, Sarah Silverman, Bobby Moynihan, an original song by Stevie Nicks, etc. The Book of Henry is insanely, incomprehensibly bad, though. It’s so bad, in fact, it completely derailed the career of Safety Not Guaranteed & Jurassic World hotshot Colin Trevorrow, who was on track to directing a Star Wars film before the intensely negative critical reaction to The Book of Henry (presumably) bounced him off the project. The important thing, though, is that The Book of Henry is bad enough to be a fun watch. It really is one of the more rewardingly bizarre cinematic offerings of the year, even if its appeal is the misguided lunacy of its basic premise.

Naomi Watts stars as the world’s most ineffectual mother. Left alone to raise two boys in the absence of their deadbeat father, she essentially has the emotional & intellectual maturity of a teenager: she works a low-level job as a waitress at an ice cream parlor (?) and wastes most of her free time playing video games while her oldest, smartest son Henry (IT’s Jaeden Lieberher) runs the household and raises her younger, much less special son (Room’s Jacob Tremblay). Armed with a level of over-written precociousness we haven’t seen onscreen since Extremely Loud & Incredibly Close, the 12-year-old Henry is an amateur inventor & stock market genius, a burdened talent whom too many people rely on to function as adults. As much pressure as all the adults in Henry’s life put on him to solve their grown-up problems, they paradoxically insist that he not interfere when he witnesses acts of domestic violence, a mental conflict that weighs on him so heavily it gives him a deadly brain tumor that takes his life halfway into the film. Here’s where the children’s film tone of The Book of Henry gets really weird. Henry continues to run his clueless mother’s life from beyond the grave, leaving behind notebooks, letters to her boss, forged legal documents, and audience-of-one podcasts planning every detail of her life, lest she waste it getting drunk & playing video games. Featured heavily among these detailed instructions is an assassination plot to murder the family’s next-door neighbor, a brutish police commissioner Henry has not been able to convince the other adults in his life is sexually assaulting his stepdaughter (Maddie Ziegler, of Sia music video fame). The whole thing culminates in Naomi Watts going along with these assassination instructions while her youngest, most alive son participates in a middle school talent show.  The two events tonally clash in an insane crescendo as the audience is asked, in bad taste, to alternate back & forth from alphabet burping to murder to break dancing to murder to magic tricks and back to murder again.

For me, The Book of Henry’s appeal as an unintended camp pleasure is entirely due to the unfathomably poor writing behind Naomi Watt’s mother figure. Her complete deferment to her 12-year-old son for every single decision is comically bizarre. In the film’s funniest moment she’s visibly frustrated that she can’t ask him for permission to sign medical documents because he’s in the middle of having a seizure. The ease in which she slips into following his post mortem instructions, including the proposed murder plot, is awe-inspiringly bizarre. Early in the process, she puts her foot down in a stern, parental line reading of “We are not murdering the Police Commissioner and that is final,” but Henry’s conversational instructions walk her through her doubts and she follows his deadly plan anyway. Admittedly, she’s not the only adult in the Henryverse who treats him like he’s triple his age; Sarah Silverman’s alcoholic waitress even makes good on a long-running flirtation with Henry (!) by kissing him sensually on his death bed (!!) and then lingering long enough for him to get a good look at her tits (!!!). The mother’s narrative trajectory of gradually figuring out that maybe she shouldn’t get all of her life advice from a precocious 12-year-old, not to mention a dead precocious 12 year old, is treated like a grand scale life lesson we all must learn in due time, when it’s something that’s already obvious from the outset. It’s also a scenario that only exists in this ludicrous screenplay anyway. Naomi Watts is the most ridiculously mishandled adult female character I can remember seeing since Bryce Dallas Howard’s starring role in Trevorrow’s Jurassic World, another performance I’d place firmly in the so-bad-it’s-good camp.

If nothing else, The Book of Henry is solid proof that the clash of adult themes & childlike whimsy you see in the films of twee-labeled directors like Wes Anderson, Michel Gondry, and Spike Jonze is not as easy to pull off convincingly as it may appear. Thankfully, the movie never explicitly depicts the domestic sexual abuse that sparks its assassination plot, but it’s still difficult to reconcile all of its whimsical Rube Goldberg contraptions & ukulele lullabies with the fact that it’s a heartfelt melodrama about brain tumors & child rape. The way other adults finally come to believe Henry about the abuse he’s witnessed through the all-important talent show climax is just as hilariously baffling as any of Naomi Watts’s embarrassments as an ill-conceived matriarch character. The Book of Henry concludes at its most ludicrous point, leaving you in stunned disbelief that something so blissfully inane made it from page to screen, which makes it understandable why it’s being bandied about as one of the better high camp pleasures of the year. The only question now is how Colin Trevorrow is going to break himself out of director jail now that The Book of Henry has (rightfully) destroyed his path to Star Wars infamy; I’m actually super curious to see what he does next.