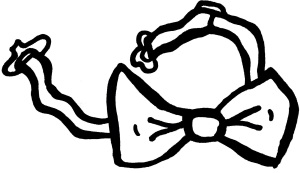 There’s almost an entire subgenre of thrillers & acidic dramas specifically about intense female relationships that become dangerously strained in constrictive environments. Titles like Persona, Queen of Earth, and Always Shine lock their female leads alone in a house and draw increasing tension & even supernatural dread out of the various ways they clash under the pressure. Whether or not intentionally, the recent coming of age indie drama Princess Cyd completely subverts the typical trajectory of these pictures. At the start of the film, two female leads, unsure what to make of each other, bristle at perceived slights that make their summer spent alone in a house together unnecessarily tense & contentious. Instead of that tension ramping up to a violent, chaotic blowup, however, Princess Cyd slips further into empathy, love, and mutual understanding as that relationship develops. Its earliest moments are its most on-edge, with the relationship at its center thawing in the summertime sunshine.

The titular Cyd is a survivor of childhood tragedy, desperate to spend her last summer before college away from her eternally depressed father. This leads to her spending a few weeks with her estranged aunt, a hippie dippy novelist who writes mostly about Spiritualist self-discovery. Their early conversations start cordial, with the camera positioned at a great distance, slowly moving closer & tightening the frame as passive aggressive slights add unexpected tension to their getting-to-know-you chit chat. The aunt desperately wants the teen to think she’s cool, despite ample evidence to the contrary (mostly, the fragility of her self-confidence). As with all teens, Cyd has no idea what she wants, but carries enough enthusiastic curiosity in her attitude to drive herself towards figuring it out ASAP, even if she hurts feelings along the way. The clashes between aunt & niece are mostly over personal questions of Spirituality (the teen’s reference to Spiritualism as “fantasy” is taken as a direct insult) & sexuality (one is discovering a previously undetected capacity for bisexual desire; the other hasn’t considered having sex in years). These personal barriers eventually break down, though, and the heart of the film is in watching them mutually warm to one another.

Besides the unexpectedly sweet trajectory of its internal conflicts, Princess Cyd also finds ways to impress as a visual object. A dedication to sunlit, natural lighting affords the film an idyllic Garden of Eden glow that matches the warm, simple beauty of the story it tells. Often, its form & content work wonderfully in tandem, like in a shot where Cyd & her same-sex love interest approach the camera on a long stroll while getting acquainted, physically getting closer to the audience while they get socially get closer to one other. That kind of simple beauty in gradually blooming intimacy is a large part of what makes the film feel special & worthwhile. Princess Cyd tells a simple story of two estranged women becoming close over a couple isolated weeks spent together, but its lingering effect grows on you so gradually you don’t even realize how much you get out of the experience until well after it’s over. The coming of age, self-destructive aspect of the film as a narrative is pretty typical of that kind of effect (Lady Bird works a very similar magic on its audience, if nothing else). It’s much more foreign to the way tense, confined space female relationships typically develop (and eventually explode) onscreen, though, which makes it all the more uniquely rewarding as an isolated picture.